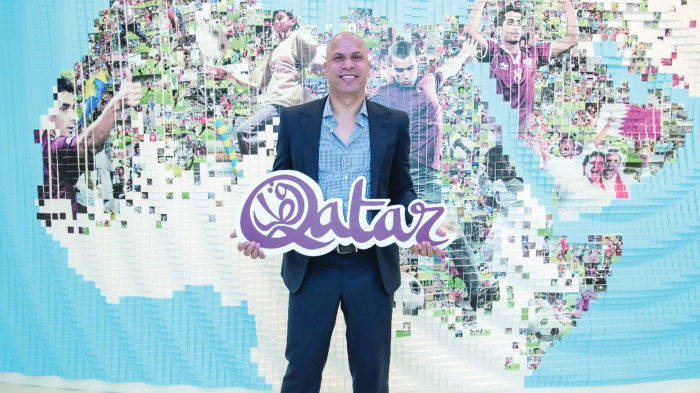 Doha, 9 June 2020 - Three-time Africa Cup of Nations champion Wael Gomaa will appear on this week’s Generation Amazing Instagram Live today at 4pm Qatar time (GMT+3).
Gomaa will be speaking about his health and wellness routine during COVID-19 and share insight on the football values which helped him reach milestone achievements in the game.
The Egyptian star was named the best defender in all three Africa Cup of Nations victories, while at club level he claimed 26 major trophies with Al Ahly, including six CAF Champions League titles.
After retiring from playing in 2014, Gomaa served as manager of Al Ahly for one season. Since 2019, he has been an ambassador for the Supreme Committee for Delivery & Legacy – the organisation responsible for delivering the infrastructure and legacy for the FIFA World Cup Qatar 2022™.
Speaking ahead of his appearance, Gomaa said: “I look forward to joining Generation Amazing on their Instagram Live sessions and am certain we will have a lot of fun talking about the many great ways football can help us keep active and informed. It has been a joy to see their live programmes and I encourage everyone to join us for this special chat.”
Gomaa is familiar with the Generation Amazing programme after taking part in a football for development activity with Doha schoolchildren during last year’s Arabian Gulf Cup. He also attended the inaugural Generation Amazing Festival, which gathered 140 youth from 22 countries.
Generation Amazing’s Marketing & Communications Director, Moza Al Mohannadi, said: “We are thrilled to welcome Wael Gomaa to our Generation Amazing Live streams. He has had a highly impressive career and we are certain that we will gain a lot of wonderful insight into the footballing values which have made him such a great success. Wael has been a tremendous support to the programme both online and through our youth engagement initiatives.”
The Generation Amazing Instagram Live streams were launched in April with the intention of extending the Qatar 2022 social and legacy programme to audiences who are at home during the COVID-19 pandemic.
More than 100,000 viewers have watched the streams, which include workout sessions, information about football for development and interviews with legends such as Samuel Eto’o, Cafu and Xavi Hernández.
Since its launch a decade ago, Generation Amazing has reached 500,000 youth globally, positively impacting their lives with football for development sessions that teach social and life skills.
Follow @GA4Good on Twitter, Instagram and Facebook for the latest updates on Generation Amazing.