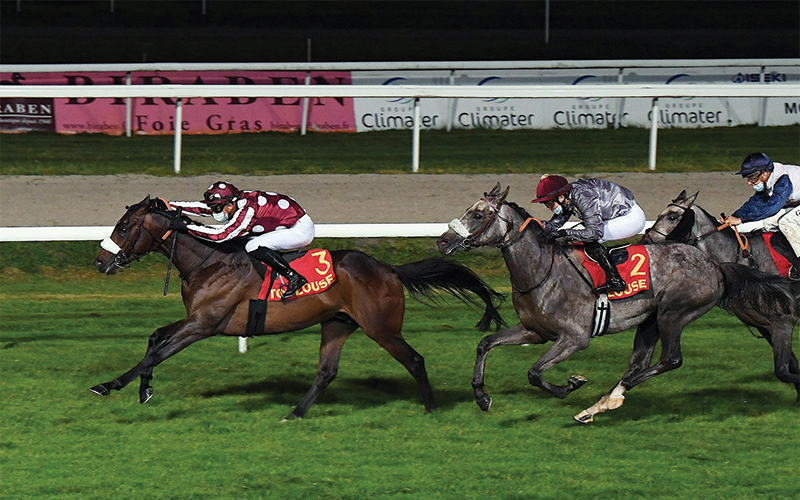 Paris, 10 June 2020 - Swift on victory earlier in the day with MAYYATELLO, came SIR MONLAU. This 3-year-old Purebred Arabian was making his racing debut at Toulouse, France, in the Prix Quitaine, a highly regarded maiden for Purebred Arabians.

SIR MONLAU jumped well before sitting in second place, very relaxed with a nice action for the early stages. In the final turn, jockey Jerome Cabre switched him to the inside and he came into the straight in the lead. The Thomas Fourcy-trained bay colt kept accelerating throughout the long home straight, winning by a comfortable length.

SIR MONLAU is by Al Mamun Monlau, the exciting young Purebred Arabian sire at Haras du Grand Courgeon, who also sired the second in the race the Laurie Foulard-ridden, ALHARETH, running in the colours of Al Shaqab Racing and is also trained by Thomas Fourcy. The X. Thomas Demeaulte-trained DAKISS, was a further length behind in third under Guillaume Guedj-Gay. He is also by Al Shaqab Racing’s champion sire Dahess.

SIR MONLAU is out of AL ANQA, the Group 1 PA placed mare by Amer. She is already a dam of winners and a sister to Group 1 winners, who are now sires; namely, TABARAK and AL TAIR.