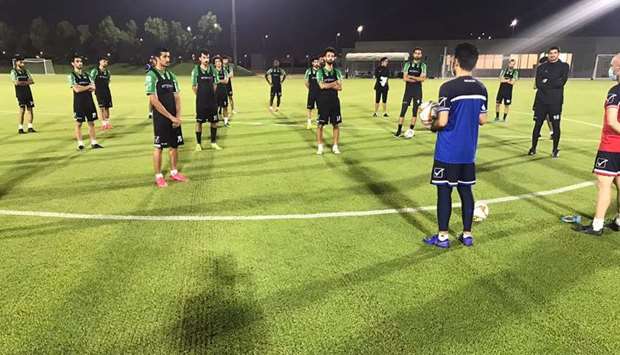 Doha, 11 June 2020 - As part of arrangements for the resumption of 2019-20 season QNB Stars League and according to the general plan and protocol, developed by the Qatar Stars League and approved by the Ministry of Public Health, the players of various clubs began training yesterday after undergoing the Covid-19 tests. Subsequently, Al Sailiya held their training at the Khalifa International Stadium, while Al Shahania, Umm Salal and Al Ahli players went through their paces at the training grounds for 2022 FIFA World Cup Qatar. The training sessions took place in accordance with the precautionary measures and protocol.