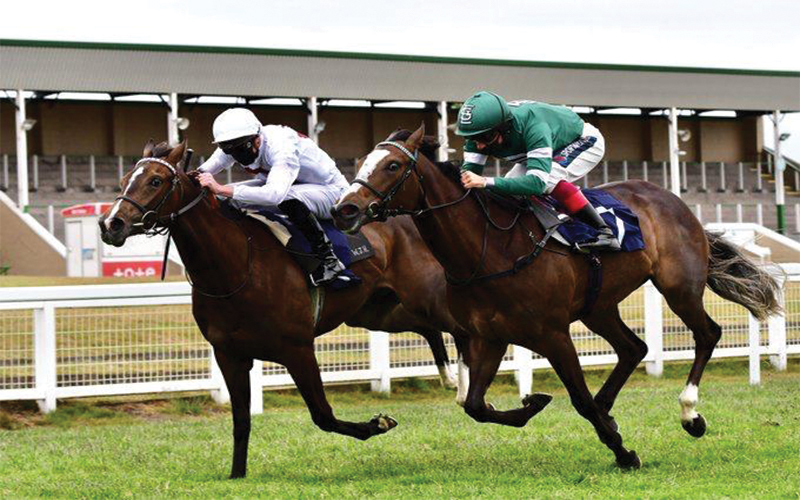 London, 14 June 2020 - KADUPUL (FR), a 2-year-old filly, was a winner on her racecourse debut in the British Stallion Studs EBF Maiden Fillies’ Stakes at Yarmouth for owner-breeder Al Wasmiyah Farm on Wednesday, 10 June. Trained by William Haggas, she was a little green coming out of the stalls, losing some ground in this five-runner race over six furlongs. She was then settled in behind the leaders by jockey James Doyle. Once inside the final 300 meters, they began racing and KADUPUL came up from outside to chase the John Gosden-trained WILLABELL (USA) (War Front), who was running strongly. These two fillies pulled clear from the others and KADUPUL battled back inch by inch to the line to snatch victory by a short head from her Frankie Dettori-ridden rival.

By speedy sire DARK ANGEL, KADUPUL is out of CUP CAKE, the dam of multiple Group scorer SUEDOIS (FR) (Le Havre). The mare was purchased by Al Wasmiyah Farm at the Tattersalls December Mares Sale in 2017 when carrying KADUPUL.