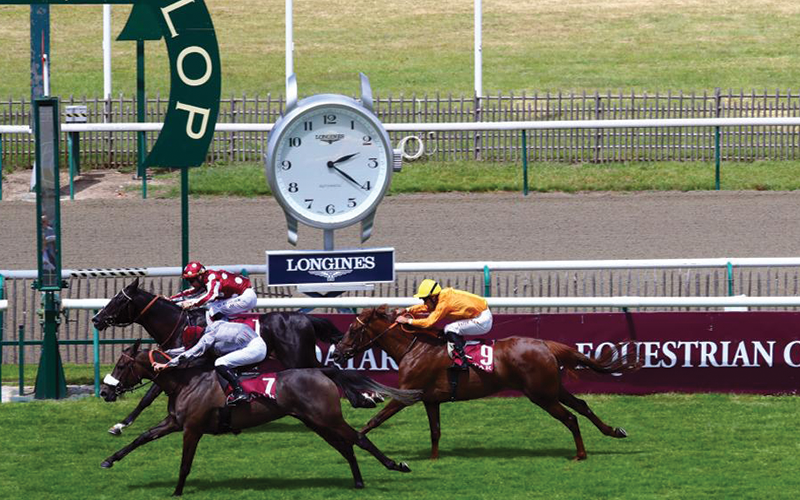 His Highness Sheikh Abdullah Bin Khalifa Al Thani has two homebred runners declared in the race. The Thomas Fourcy-trained ABBES (FR) (TM Fred Texas x Raqiyah) will have Olivier Peslier in the saddle. The grey colt will be taken to stay unbeaten in his second start following his perfect debut when he won the Prix Djelfor over the same distance with the same trainer and under the same jockey at Toulouse on 11 May. The other runner in the white and maroon colours is the Didier Guillemin-trained ANTAR (FR) (Al Mamun Monlau x Al Dahma( and he will be partnered by Emilien Révolte. It will be the second start as well for the bay colt, who did well on debut when was the runner-up, three-quarters of a length behind the winner, in the Prix Norniz over the same distance at Bordeaux on 29 May.

The Al Shaqab Racing-owned and bred ALHAFAR (FR) (Al Mamun Monlau x Farh) will have a renewed rivalry with ANTAR. The Mme JF. Bernard-trained bay colt will be ridden by Jean-Bernard Eyquem in his second call out. On debut, ALHAFAR finished fifth with a margin of eight and a half lengths behind the runner-up, ANTAR.

Sheail Bin Khalifa Al Kuwari has two runners and both of them are trained by Thomas Fourcy. The bay colt MAJD’OR (FR) (Majd Al Arab x Case D’Or) will have Julien Augé astride while black colt TEMBEL DE PINE (ITY) (AF Albahar x Razza Di Gallura) will be steered by Jerome Cabre. It is also the second attempt for both colts who had their debut in the Prix Djelfor. MAJD’OR finished third, five lengths behind the winner, ABBES, while TEMBEL DE PINE was a further nose behind in fourth. Following their clash at Toulouse, the trio are set for a new rivalry at La Teste De Buch on Thursday.

Arezki Goutal’s HAFSA DE MONLAU (FR) (Saladin De Monlau x Lawaha) is the only lady in the race. The Olivier Trigodet-trained chestnut filly will be ridden by Ioritz Mendizabal on her racecourse bow.