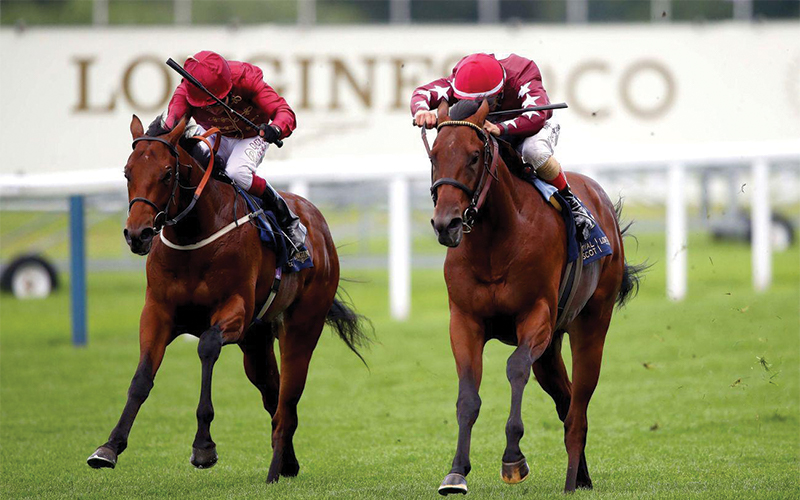 London, 21 June 2020 - THE LIR JET (IRE) (Prince Of Lir x Paper Dreams), in the colours of Qatar Racing Limited, stayed unbeaten landing the Norfolk Stakes (Gr2) at Royal Ascot. The bay colt was ridden to his second straight victory by Oisin Murphy, following an impressive win on debut earlier this month. The precocious colt was the only capable runner in the five-furlong race for two-year-olds following GOLDEN PAL in the closing stages. The pace was very strong throughout and THE LIR JET came to snatch victory by a neck in the final strides. The Ranlo Investments LLC-owned and Wesley A Ward-trained GOLDEN PAL (USA) (Uncle Mo x Lady Shipman) was the runner-up under Andrea Atzeni. The M A R Blencowe-owned and Andrew Balding-trained IMPERIAL FORCE (IRE) (Camacho x Cafetiere) was a further three and a quarter lengths behind in third under James Doyle.

Michael Bell, the winning trainer, commented: “When he won at Yarmouth, he broke the track record, but didn’t learn a lot. He had to work today. He’s all speed. He’ll definitely get six [furlongs], but I don’t know about further. PRINCE OF LIR won the Norfolk on soft ground, so that wasn’t a worry and he’s won on fast ground so he’s one of the lucky horses that goes on anything. He’s won a Group 2 now, so if he runs in another Group 2 he’d carry a penalty. I’d be inclined to aim him at something like the Prix Morny, but we’ll speak to HE Sheikh Fahad and David Redvers and come up with a plan.”