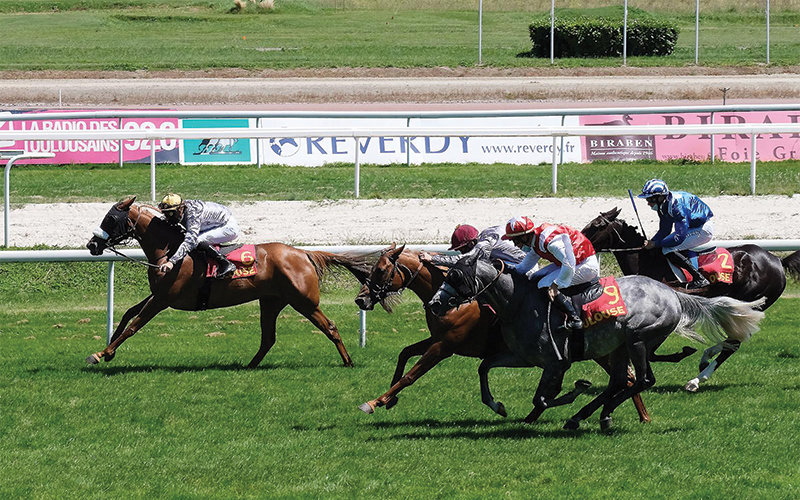 Doha, 22 June 2020 - NAMIRA AL CHAM (Azadi x Al Mazina) landed her first victory in the colours of Al Shaqab Racing at Toulouse. Having run in a highly competitive company on her first three starts, the chestnut filly lined up in the Prix Fernand Flottes, run over 2,100m for four-year-old and older Purebred Arabians, wearing blinkers for the first time. M ALMAYSAM (Mared Al Sahra) set a selective pace, with NAMIRA AL CHAM sitting in behind the leaders. After 1,000m, AL MAHBOOBA (Madjani) was ridden up to take the lead and she set off at a very quick pace. The Jerome Cabre-ridden NAMIRA AL CHAM was the only other runner in the race who managed to stay with AL MAHBOOBA through the final turn. Once in the straight, the 4-year-old ward of Thomas Fourcy had to put her head down and fight to the line, holding off a strong finish from GOHAR DU BREUIL (Al Mamun Monlau), in Al Shaqab Racing colours as well, to win by half a length.

GOHAR DU BREUIL ridden by Maxime Foulon, was the runner-up for trainer Charles Gourdain. The Patrick Saint-Martin-owned and D. Morisson-trained SHARKH (Majd Al Arab) was only a further head behind in third under Mickael Forest.