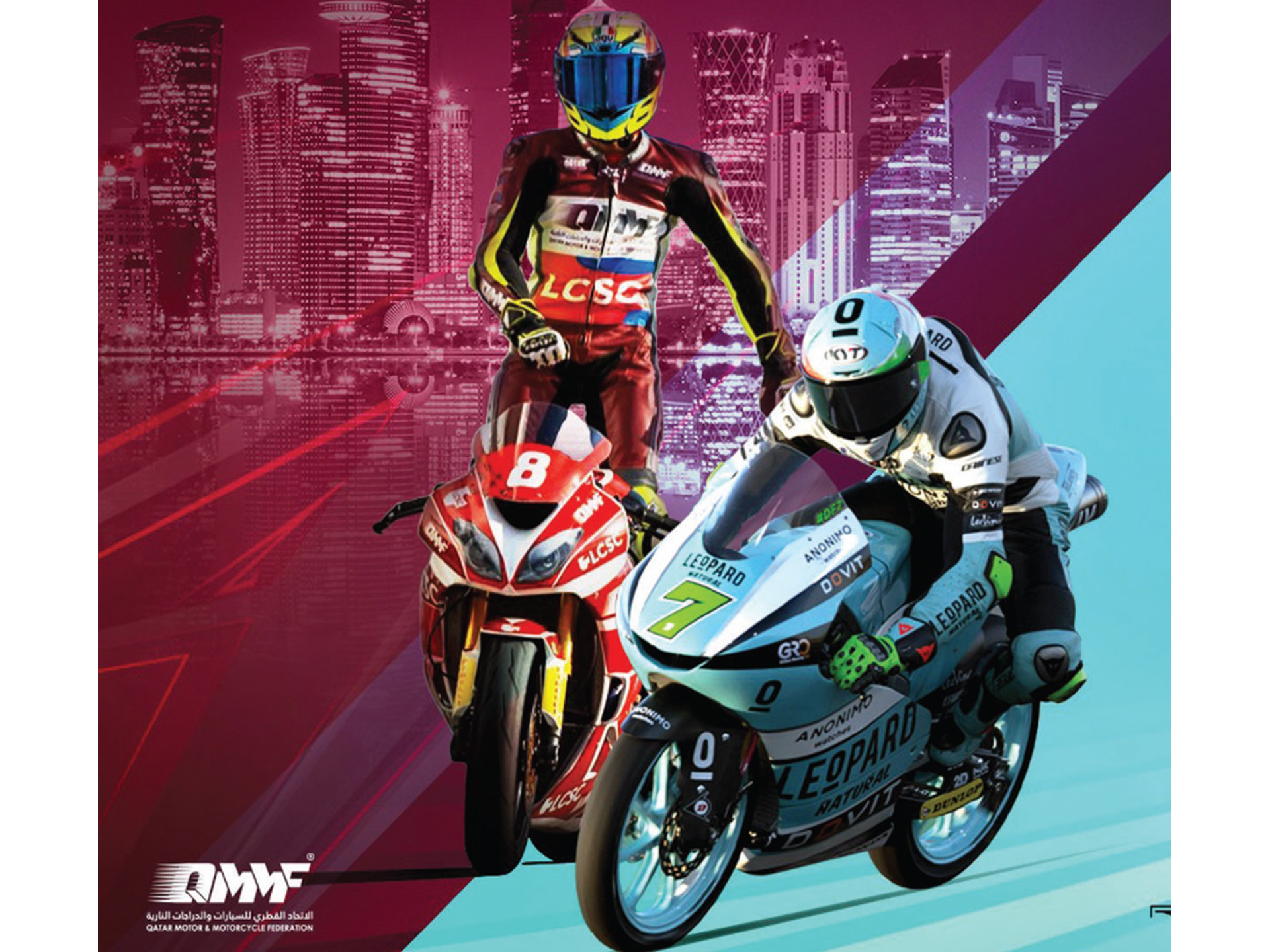 Doha, 23 June 2020 - Luxembourg’s star-studded Leopard Racing Team will take on Qatar Motor and Motorcycle Federation rivals in an online six-race challenge, which is starting in Barcelona, Spain today.
QMMF Executive Director Amro Al Hamad, while outlining the details of the event, informed that the fourth version of the Qatar Online Racing Championship parades the QMMF Team against Leopard Racing Team, which have been three times Moto3 world champions (2015, 2017 and 2019). There are six races scheduled with the Losail International Circuit hosting the Grand Final on June 29.”
“Each day, all eight riders will compete and collect points according to their finish. There will be qualifying race for the grid positions and it will be followed by the racing of about half an hour. After three races, the action will discontinue on Friday and then three more races will be conducted in a row,” he added.
This is the fourth event hosted by the QMMF since the COVID-19 outbreak halted the entire world. Earlier, the QORC Auto, QORC Moto and WRC 8 kept the digital and real-world racing community busy during the lockdown period.
The QMMF team is fielding Saeed Al Sulaiti, who has been a three-time QSTK600 champion, former World Superbike and Moto2 rider. He recently claimed the QORC Moto crown as well with a rampaging display. Sheikh Soud Al Thani, who was runner-up in the QORC Moto and fourth in the 2019-2020 QSTK600 season, is also in the team. Besides, he grabbed the fourth prize in the QORC Auto as well.
Other two riders are Sheikh Jassim Al Thani, the 2018-19 QSTK Trophy champion, and Hamad Al Sahouti, the current QSTK 300 Supersport champion.