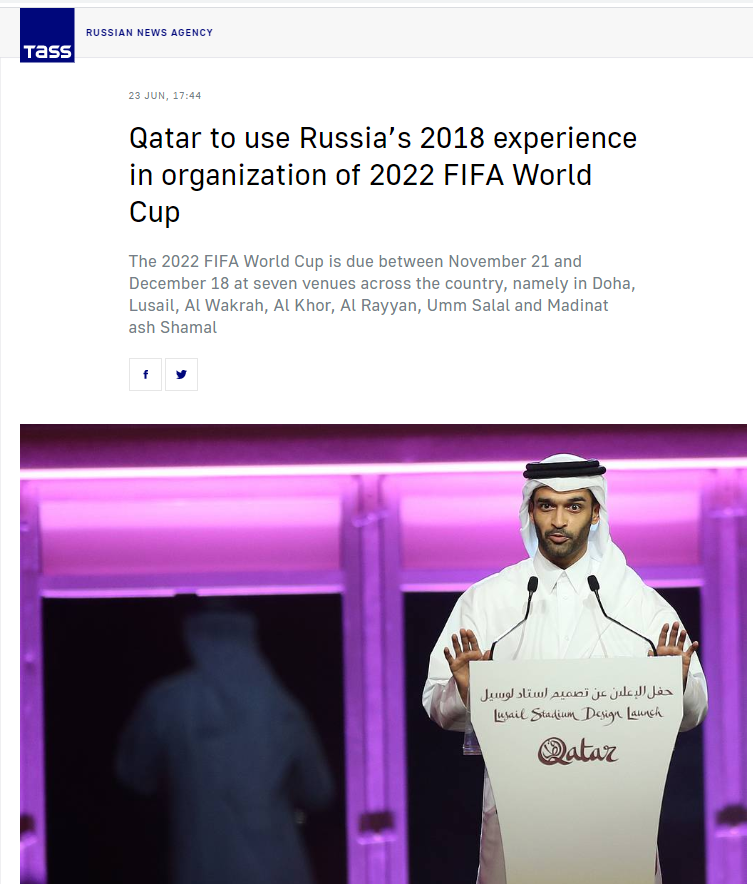 Over 180 staff members of the local organizing committee of the 2022 FIFA World Cup in Qatar, who went to Russia for the 2018 FIFA World Cup, are involved in the organization of the global football championship in Qatar, Secretary General of the Supreme Committee for Delivery and Legacy (SC), H.E. Hassan Al Thawadi, told TASS on Tuesday.

"Qatar is committed to learning from previous FIFA World Cup tournaments," Hassan Al Thawadi said. "We attend as many international matches and tournaments as we can."

"For the 2018 FIFA World Cup in Russia, Qatar sent over 180 personnel that will be involved in delivering the tournament in 2022," he continued. "Some were observers, others were shadowing their counterparts in the Russian Local Organizing Committee, while some performed an active role as secondees with FIFA."