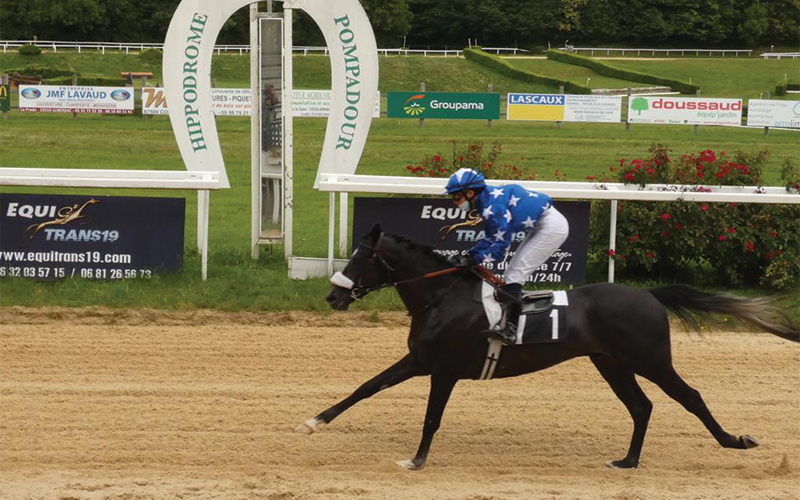 The black colt broke out well of the starting stalls and sat in fourth position, with the runners very strung out on the sand track, with the pacesetter HEROS DES VIALETTES (Seraphin Du Paon) running very free. Coming up the middle of the straight, SAYAAD was very green and received two smacks of the whip, but ultimately he was the best horse in the six-furlong race for three-year-old maidens. Despite his inexperience, he went two lengths in front of his nearest rival. ZULFAA (Rabbah de Carrerre), trained by D. Morisson, was the runner-up under Maxime Foulon. Trainer E. Dell’ova’s ward RAHI (Nieshan) was further 4½ lengths behind in third under Gary Sanchez.

SAYAAD is out of the H.H. Sheikh Mohammed Bin Khalifa Al Thani-bred AL SHAHANIA ASEALA (QA). He is her first winner.