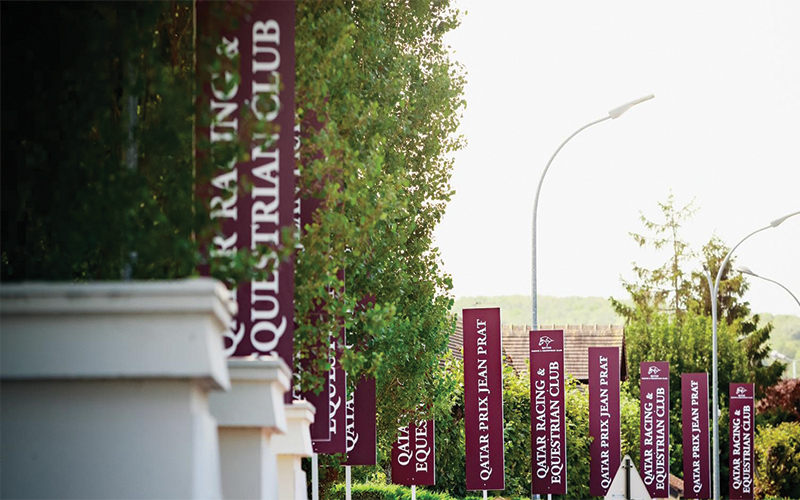 The sun and the crowds were back at Deauville for the day of the Qatar Jean Prat, the first day of racing open to the public since March. A festive atmosphere, with the racing professionals and public delighted to be back on a racecourse, abounded throughout the day, accompanied by some top-class racing and true stars of the track.

In the colours of Sheail Bin Khalifa Al Kuwari, SAQR, opened the bumper card, keeping his perfect scorecard when winning the Qatar Prix des Yearlings. Trained by Fabrice Chappet in Chantilly, the 2-year-old colt came here off an impressive 2½-length win first time out on his home track on the 19 June. He was ridden again by Vincent Cheminaud today, and once inside the final 400 meters, he took the lead. Never in danger, he stretched his legs and pulled clear to win again by 2½ lengths in front of CENTRAL PARK WEST (Martinborough), also a winner on his debut. 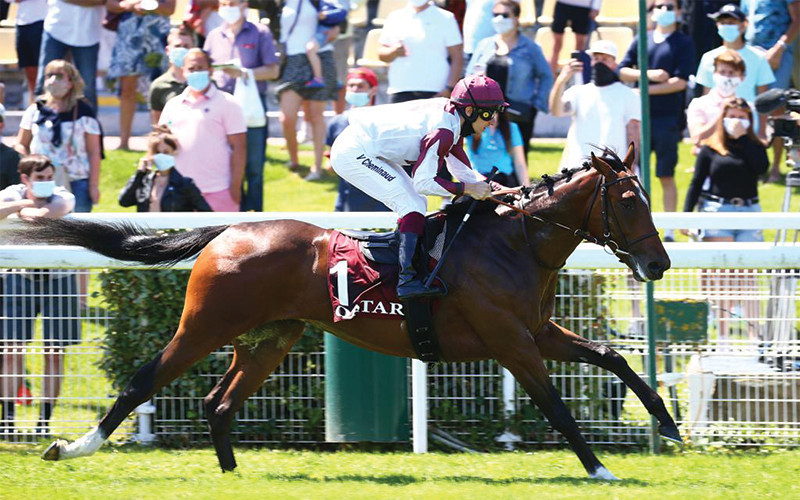 Chappet commented after the race, “He’s a good colt. He won well on his debut, but it wasn’t a strong race. Today, he’s shown that he’s improved. He had the race won from a long way out and wasn’t touched with the stick. We’ll see him in the big 2-year-old races this summer.”

SAQR is by DUTCH ART and out of VERGA who comes from the close family of Epsom Derby winner KRIS KIN. He was bought at the Arqana v.2 Sale in 2019 via Chantilly Bloodstock Agency.

Appleby came to Deauville with confidence, and with reason. He was also the winning trainer in the Qatar Prix Amandine, a Listed race for 3-year-old fillies, with ALTHIQA (Dark Angel), and also win the second Group race of the day, the Qatar Prix de Ris-Orangis (Gr.3) with ROYAL CRUSADE, all for the same connections! A successful raid for the British trainer on the Normandy coast.

Another making a long-awaited comeback was WATCH ME, by Al Shaqab Racing sire Olympic Glory. Last year’s Coronation Stakes (Gr.1) heroine, all eyes were on her in the Qatar Prix de la Calonne – Fonds Européen de l’Élevage, a Listed race for 4-year-old and + fillies and mares. She put any doubts to rest when showing an extraordinary turn of foot in the final furlong to win in an excellent time and by 2 ½ lengths. She will next be seen in the Group 1 Prix Rothschild for trainer Francis Graffard. She is owned by her breeder, Antoinette Tamagni-Bodmer.