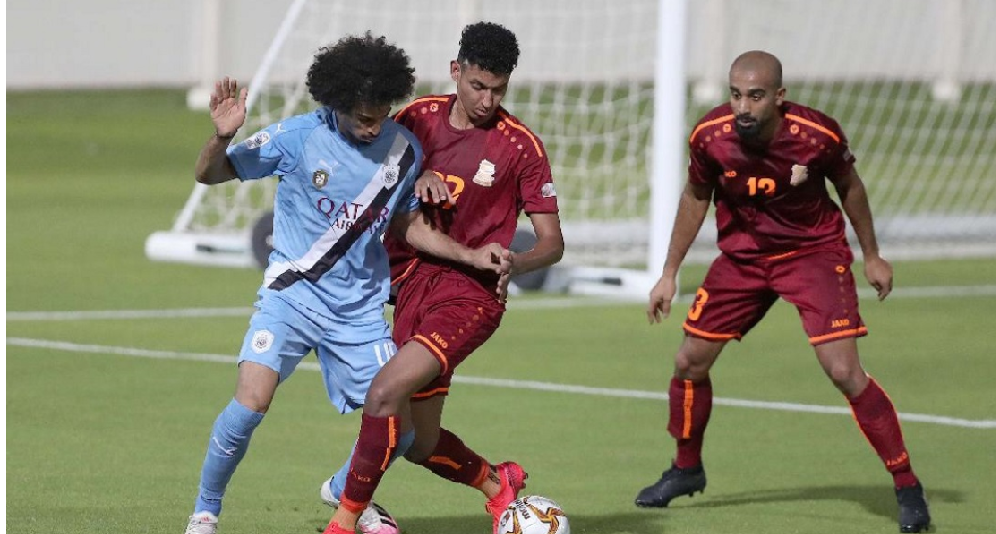 Doha, 13 July 2020 - Football clubs are continuing their preparations ahead of the resumption of 2019-20 QNB Stars League, with Week 18 matches starting July 24.
The tournament, which had a long break due to the novel coronavirus pandemic, will restart as per the general plan and protocol for the remaining five rounds. Teams are fighting to occupy the top positions, improve their rankings and avoid the ignominy of relegation.
The Qatar Stars League (QSL) website highlights each team and their preparations ahead of the resumption of competitions. Al Sadd are gearing up for the remainder of the season under Spanish coach Xavi Hernandez. They will play Al Khor in Week 18 at the Al Sadd Stadium on July 25. The kick-off is at 7pm.
Al Sadd are third in the QNB Stars League standings with 32 points, 10 less than leaders Al Duhail and six adrift of Al Rayyan. The Wolves have 10 wins, two draws and five defeats against their name. Their goal difference is +18 (45 goals for and 27 against).
Al Sadd have scored the most number of goals than any other team. Al Rayyan are second (34) and Al Duhail third (33).
Reigning champions Al Sadd had lost 0-1 to Al Rayyan in the high-profile Qatar Clasico in Week 17 on 7th March before the long break, with Franck Kom netting the all-important goal.
Following their first coronavirus test, held as per the protocol developed by the QSL in co-ordination with club authorities and approved by the Ministry of Public Health, Al Sadd squad members entered their team hotel and got engaged in training.
After their second coronavirus test, the players as well as technical and administrative staff signed a pledge to abide by the protocol for leaving team hotel for home quarantine.
The break was also an opportunity for Al Sadd forward and Qatar national team captain Hassan Al Haydous to recuperate from an injury.
In terms of their foreign professional players, Al Sadd announced the departure of Spaniard Gabi Fernandez and Mexican Marco Fabian, even as they renewed the deal with Qatari star Akram Afif until 2025.
Besides intense training, Al Sadd are readying for the resumption of action by playing friendlies. They played out a 1-1 draw with Umm Salal in one such game. Al Sadd’s other remaining matches in the QNB Stars League are against Al Ahli (Week 19), Al Duhail (Week 20), Qatar SC (Week 21) and Al Gharafa (Week 22).

Amir Cup Final to be held with limited number of fans