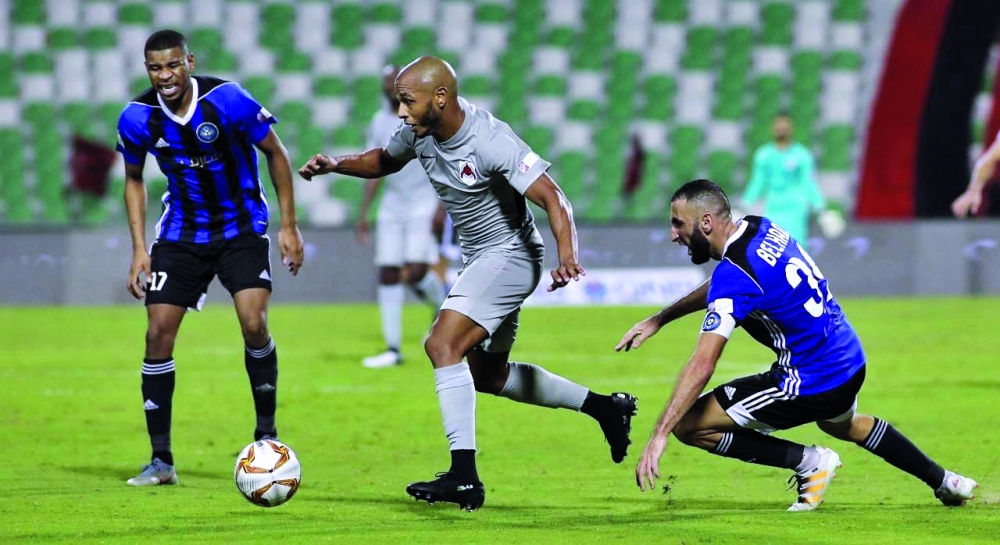 Doha, 6 August 2020 - Al Rayyan’s disappointing draw against Al Arabi last weekend shifted the title balance to Al Duhail, and the Red Knights took full advantage as they beat Al Gharafa 2-0 to extend their lead at the top to four points.
Al Rayyan know well that a win over Al Sailiya on Thursday at the Al Janoub Stadium will keep their title fight going for another weekend no matter the result between leaders Al Duhail and reigning champions Al Sadd on Saturday.
However, if Al Rayyan, who last won the Falcon Shield in 2016, fail to win against Sailiya, Al Duhail can seal their seventh league title with two matches left.
Al Rayyan coach Diego Aguirre, who has seen his team crash out of the AFC Champions League, knows winning the league or the Amir Cup trophy is the requirement for him to keep his job next season.
“Every game is challenging and everybody knows Al Sailiya will be a tough opponent but we are ready to play a good game. This is what I feel and this is what we must do so we can continue fighting for the title,” the Uruguayan said ahead of the crunch clash.
Al Rayan’s top goal-scorer so far is Yacine Brahimi with 12 goals, the closest teammate to the Algerian is Abdulaziz Hatem with six goals. With Rodrigo Tabata now signed with Al Sadd in unceremonious fashion, Aguirre believes the team needs to move past Tabata and focus on the remaining matches at hand.
“No need talking about Tabata,” Aguire said, adding, “For us as a team, we are in a situation where we can win the league and we will give our best for that. We need to win each game until the last, and in football, you never know. We are second now, but we need to believe that it’s possible.
“The difference between Duhail and us is four points, and there is still nine points left to play. In football, anything is possible but we have to win our games and maybe it will be enough or not, we’ll see,” he added.
Meanwhile, Al Sailiya coach Sami Trabelsi who is also the longest-serving coach in the QSL, said the Peregrines need to bounce back and start winning matches, especially after a back-to-back draw against Al Wakrah and Al Shahania since the restart.
Trabelsi’s side finished a shock third last season. They have so far found it hard this time around with fewer goals and a leaking defence.
“The match with Al Rayyan will be different from Al Shahaniya because Al Rayyan are competing for the title they need to win to stay alive, but for us, the three points are essential, which makes us expect an intense and exciting match.
“We have prepared well but unfortunately, our continuing problem is not taking the opportunities in front of the goal. We will try to overcome this problem,” Trabelsi said.
Also, on Thursday, seventh-placed Al Wakrah will hope to end their five-game winless run when they take on fifth-placed Al Arabi at the Jassim Bin Hamad Stadium.