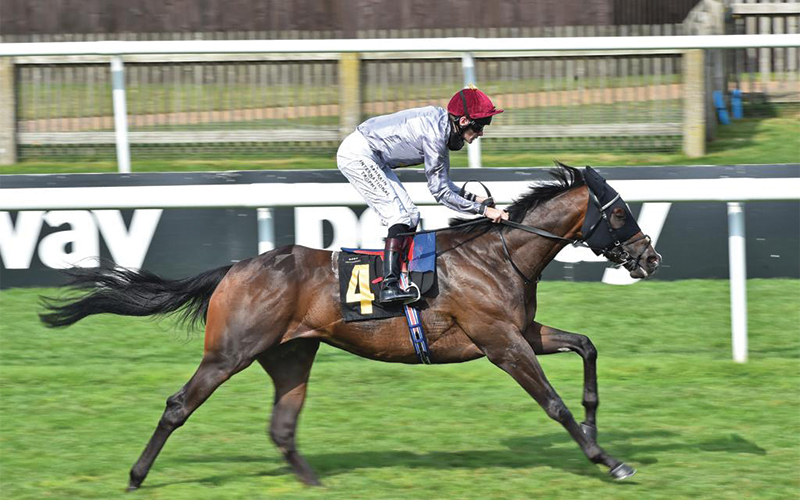 London, 9 August 2020 - RUFAA, who is owned by Al Shaqab Racing, has barley put a foot wrong in 2020. He won his third consecutive race of the season in the Betway Handicap at Newmarket’s July course on Saturday, 8 August.  Partnered by his regular rider Robert Havlin over the 1,400-metre race, he was a little keen in the early stages as his jockey tried to settle him with cover. There was a reasonably steady pace in this 8-runner race. Coming under pressure at the 500-metre mark, he joined the leaders in the final 200 meters. He then pulled clear easily, winning by two lengths for trainer John Gosden. Improving with every race, AL RUFAA could well be heading into Stakes company for the second half of the season.

This colt is by leading sire KINGMAN and was bred in France by Jean-Pierre Dubois, one of France’s top breeders. He was bought at the Arqana August Yearling Sale from Haras des Capucines in 2018.