Hathab resumption is a continuation of our commitment, objective: Al Mannai 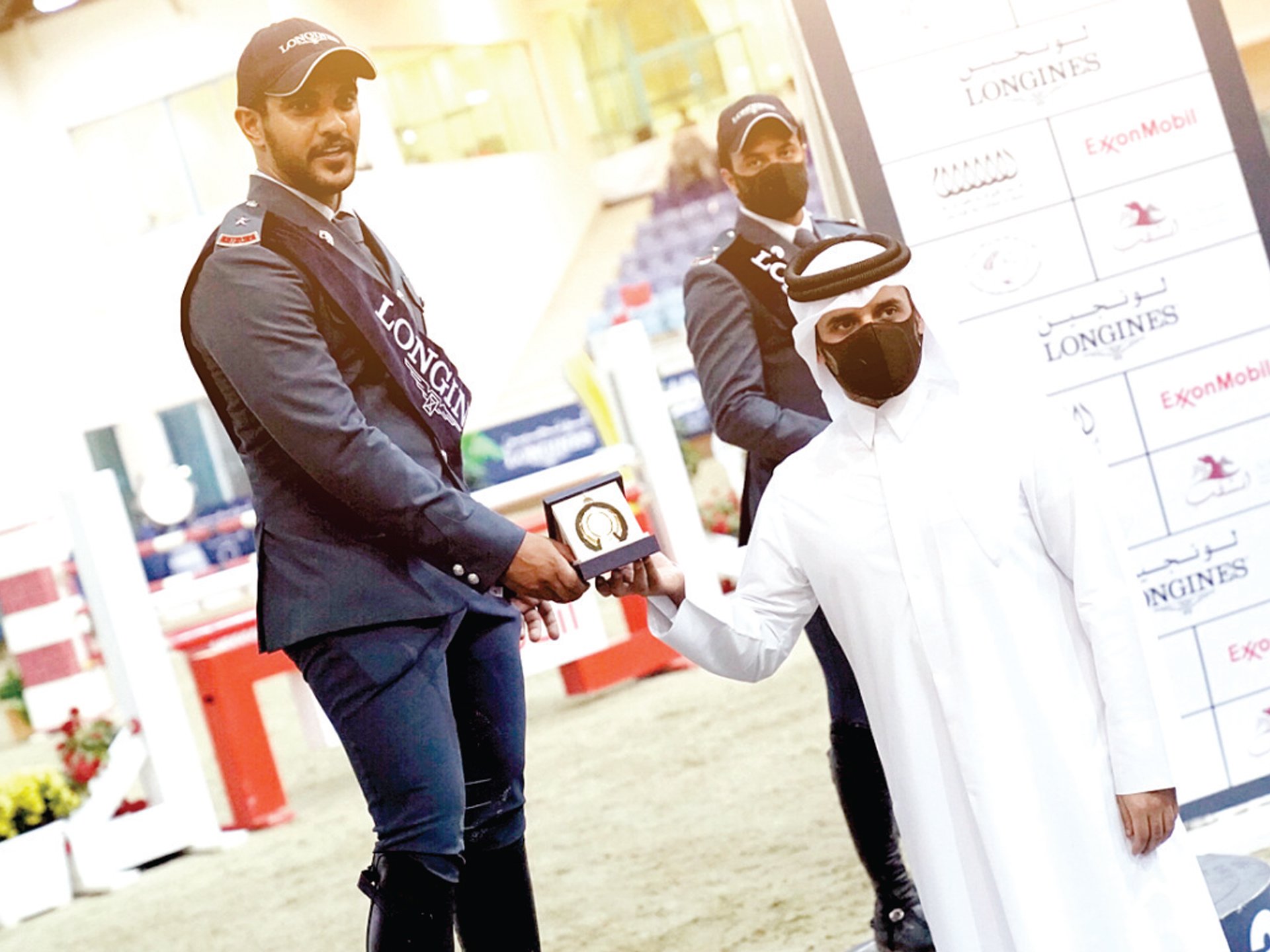 Doha, 16 August 2020 - The restart of the Longines Qatar Equestrian Tour Hathab 2019-20 at the Qatar Equestrian Federation’s indoor arena last fortnight and the just-concluded 11th and penultimate round of the annual domestic series highlights the popularity of the sport in the country as also the commitment of the organising committee.
Flawless and to the clock’s precision, the events are being conducted in a professional manner as befitting as any international event but for the absence of fans who though are enjoying it through live telecast on television.
Omar Al Mannai, the Vice-Chairman of the Organising Committee for Longines Qatar Equestrian Tour Hathab, attributed the continuation and success of the domestic tour to the organising committee members, the riders, horses and those working around the event.
“This is a continuation of our commitment to the riders, horse owners, sponsors that the season is completed also inkeeping with Qatar Equestrian Federation’s collaboration with the Qatar Olympic Committee and as per the protocols and measures set by the Ministry of Public Health,” said Al Mannai when asked about the return of the tour behind closed doors.
“Normally our season ends in April but since we had an enforced break due to the novel coronavirus (COVID-19) situation of over four months we’ve been working very hard to find safe solutions to complete the season without any harm or risks to our riders and the people who are working around the event,” he added.
On when the return of fans at the venues is targeted, Al Mannai said it could be in the new season in October.
“We don’t have a plan as yet to have audiences to be able to watch the events as we are really focused on the riders and the horses to be safe and to finish the season in the best way possible. The final round of Longines Qatar Equestrian Tour Hathab 2019-20 is in two weeks’ time in the end of August.
“We shall have the new season later in October and maybe by then the opening of phase 4 (by the Ministry of Public Health and State of Qatar) will see the return of fans at equestrian venues as well,” he said.
On the choice of QEF being the venue for the final three rounds post resumption, Al Mannai said it was the ideal solution. “The Qatar Equestrian Federation indoor arena is comparatively smaller and has a limited space for the audience so it helps to control implement social distancing in comparison to Al Shaqab which is large venue. This venue was the best solution for us for the resumption of the Hathab series.
“Also majority of the horses are from the QEF and they are all used to this arena.”
The Hathab series, launched in 2017, is an initiative of HE Sheikh Joaan bin Hamad Al Thani, President, Qatar Olympic Committee, and consists of 12 rounds with the best seven results choosing the overall national champions in various categories of competition. The vision for Hathab is to inspire Qatar’s next generation of international champions and promote horsemanship and tradition.
“The continuation of the Hathab series helps us achieve our objective of increasing awareness and participation of the horse loving community,” said Al Mannai.