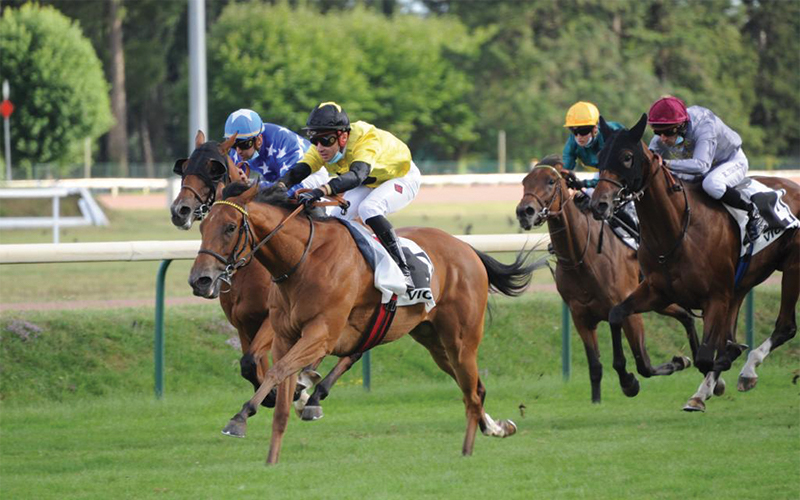 Paris, 20 August 2020 - Six runners lined up in the Prix Jurietti (Class 2) at Vichy, France, which was won by Aljumayliyah (Olympic Glory) in the colours of Khalid bin Rashid Al Mohannadi. A winner on her debut at two, she has been since placed at Listed level for trainer Henri-Alex Pantall.

The filly sat towards the rear on the rail. The race was run at a steady pace with the favourite Ultramarine (Siyouni) in the lead. Aljumayliyah came off the rail half way down the straight to come with her run in the centre of the track. Joining with The Shard SHARD (Pivotal) at the 200-metre post, Aljumayliyah pulled clear in the final 100 metres to win by one and a quarter lengths.

Jockey Julien Guillochon commented after the race: “Last time out, we realised that she needed to be ridden patiently and switched off. She relaxed well today and accelerated well when asked. The slow pace helped her.”