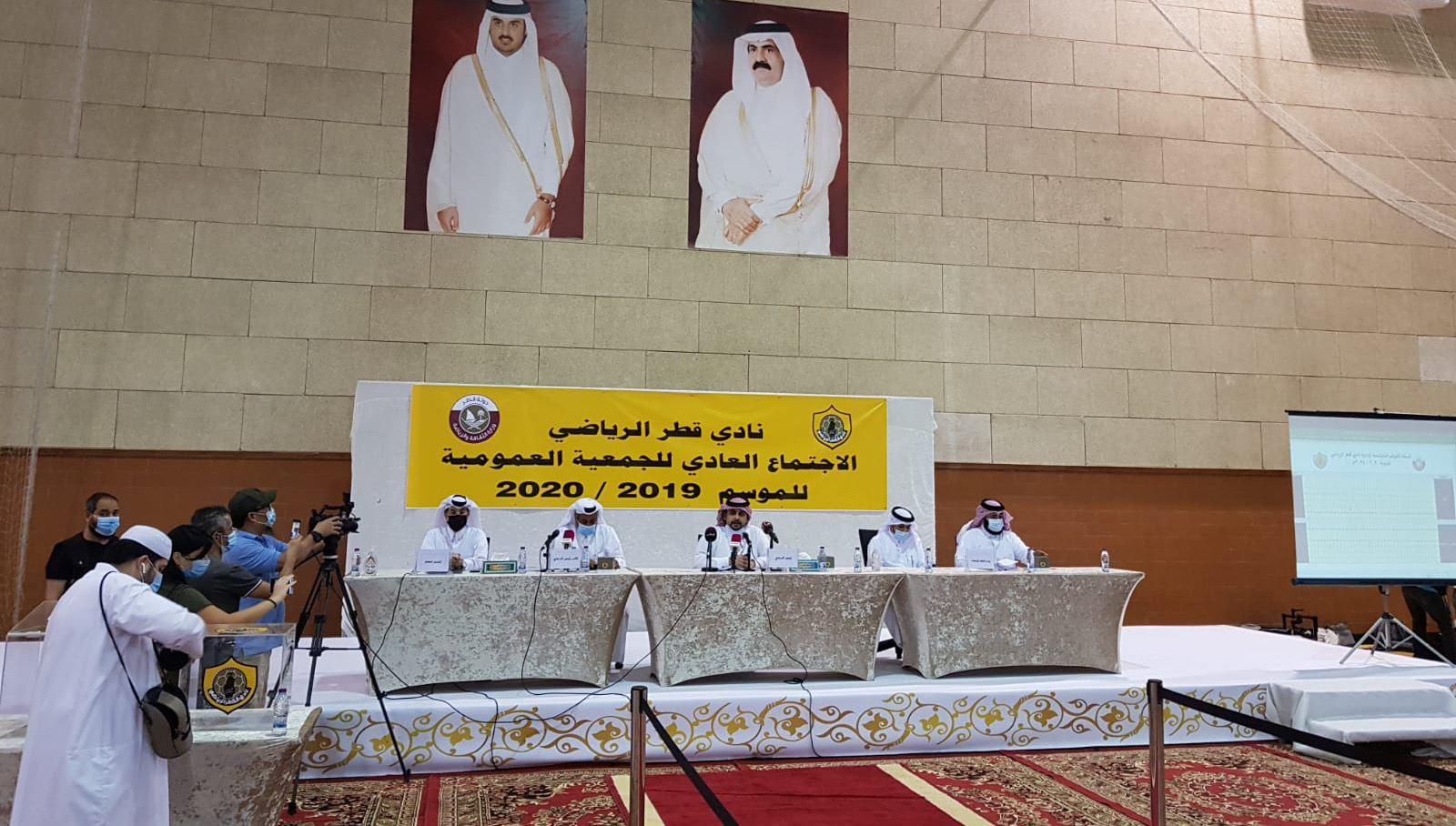 Doha, 25 August 2020 - HE Sheikh Hamad bin Suhaim Al-Thani won the presidency of the Qatar Sports Club for the 2020/2024 session after the second list, which includes HE Sheikh Jassim bin Hamad bin Nasser Al-Thani and Ali Al Mannai, withdrew from the elections before the General Assembly meeting that was held on Monday.

HE Sheikh Jassim bin Hamad bin Nasser Al-Thani announced during the General Assembly meeting his official withdrawal in appreciation of HE Sheikh Hamad bin Suhaim Al-Thani, who is a symbol of Qatar Sports Club.

The meeting, which was attended by a number of members of the General Assembly discussed, many items on the agenda, including the financial report, during which HE Sheikh Jassim bin Hamad said that the club's financial position was good and there were no cases filed against the club in the Federation Internationale de Football Association (FIFA).

The members' proposals were also discussed, and the election and membership affairs committee was formed for the next session, consisting of five persons, headed by Ahmed Mohammed Al Kuwari, and the membership of Mohammed Rabia Al Kuwari, Mohammed Hamid Al Midfa, Mohammed Ali Al Kubaisi and Talal Ali Al Mawlawi.