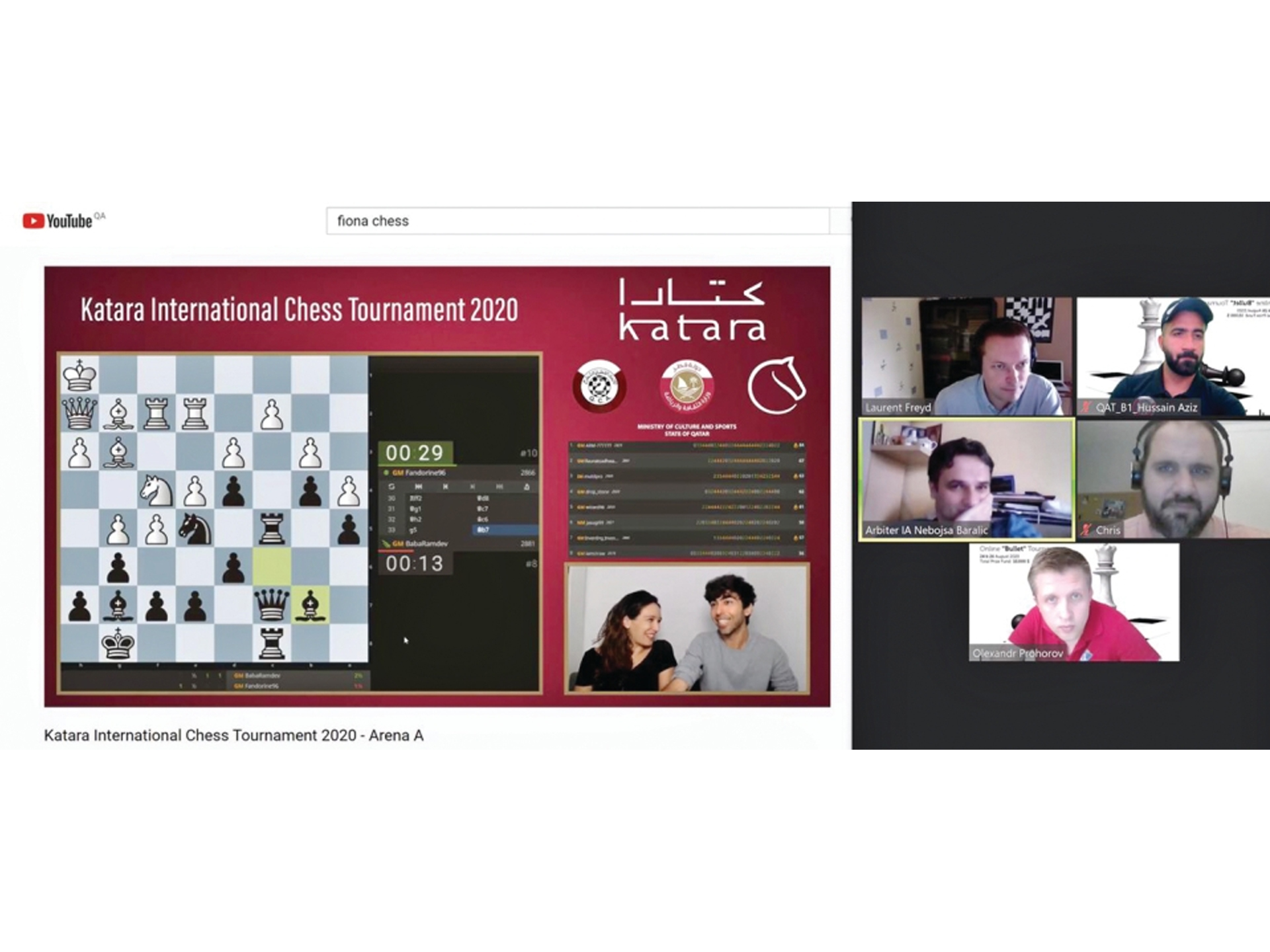 Doha, 26 August 2020 - The Katara International Chess Online “Bullet” Tournament 2020, organised by the Qatar Chess Association (QCA) in collaboration with Cultural Village Katara has received an overwhelming response from players from all over the world with 10,000 participants showing their prowess and over 2000 spectators watching online.
The first three qualifying stages were held on Monday (Aug 24) while the final round will be played on Wednesday (Aug 26).
A whopping 235 Grand Masters and 207 International Masters were engaged in keen matches that eventually saw 15 players qualify for the final to be played on August 26 along with world champion GM Magnus Carlsen.
Earlier speaking the start of the tournament, Dr. Khalid bin Ibrahim Al Sulaiti, CEO, Katara, said, “Katara has always been keen to support sports activities and spread the culture of sport by organising and hosting a number of important local and international sporting events, and it continues in this approach by holding the Katara International Chess Championship which this year has a special touch since it is being online given the coronavirus pandemic and following the precautionary measures taken by the official authorities to prevent the spread of COVID-19.
“We are happy with this fruitful cooperation with QCA in organising this international tournament and we annouce the launch of this new edition.”
Mohammed Ahmed Al Mudahka, President, QCA, said, “The Qatar Chess Federation extends its sincere thanks and gratitude to the Cultural Village Foundation, Katara, for their support and cooperation in organising this tournament. The Katara International Chess Championship 2020 is being held for the first time from a distance. QCF has organised many local and international tournaments remotely during the past period and this championship is witnessing the participation of world champion Magnus Carlsen which will add to the value and excitement of the tournament.
“We again thank Katara and Dr. Khaled Al Sulaiti and we highly appreciate their efforts in supporting various sports and cultural activities. We hope this cooperation will continue in the coming years,” he added.The QualifiersFor final on August 26
GM Naroditsky Daniel, USA (146 pts)
GM Firouzja Alireza, Iran (135)
GM Sarana Alexey, Russia (127)
GM Martirosyan M, Armenia (126)
IM Rothuis Vincent, Netherlands (126)
GM Sargsyan Shant, Armenia (121)
GM Mamedov Rauf, Azerbaijan (119)
GM Erigaisi Arjun, India (116)
IM Taher Theolifus, Indonesia (115)
GM Grachev Boris, Russia (114)
GM Tang Andrew, USA (112)
IM Beerdsen T, Netherlands (110)
GM Paravyan David, Russia (109)
GM Sadhwani Raunak, India (109)
GM Svane Rasmus, Germany (107)