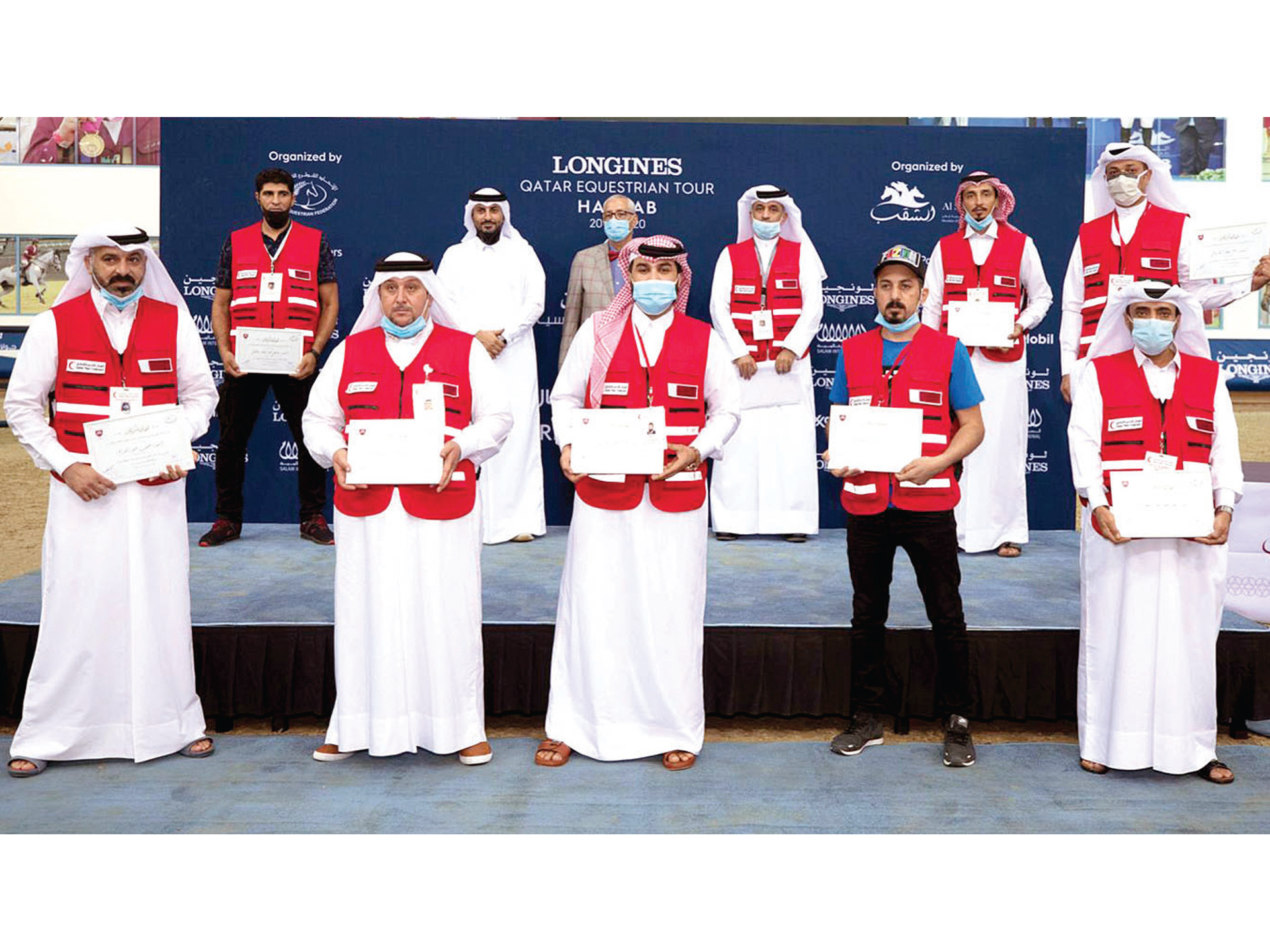 Doha, 31 August 2020 - The supreme organising committee of the Longines Qatar Equestrian Tour Hathab, consisting of members of Qatar Equestrian Federation (QEF) and Al Shaqab, will soon be holding a meeting this week to chart a strategic plan for the new season ‘Hathab 2020-21’ for the fourth edition of the annual championship which begins in October.
The plan to further enhance the domestic equestrian series – which was launched three seasons ago under the guidance of HE Sheikh Joaan bin Hamad Al Thani, President, Qatar Olympic Committee with the aim of increasing the number of riders and to form a wider base of trained horses and to enhance riders’ interest in dressage to participate in the international and Olympic equestrian events – aims at studying the setting of calendar for the twelve rounds of the fourth edition of Longines Hathab.
The request submitted by several friendly federations to participate with their riders in some of the next rounds of the championship will also be studied. The new edition may also see the opening of doors for fans.
The third edition of Hathab concluded successfully at the QEF’s indoor arena on Saturday and Omar bin Khalid Al Mannai, Vice-Chairman of the Organising Committee, thanked HE Sheikh Joaan, for his support for sports in general and for equestrian in particular.
The organisers also thanked the official sponsors ExxonMobil Qatar, Al Salam International and Longines for their generous support for the equestrian event.
“I hope to increase the riders’ base in the future so that the championship will be placed on the regional and international map after the three editions have contributed to achieving a significant and remarkable development in the performance of the riders,” said Omar Al Mannai.
He also mentioned the good performance of Qatari rider Maryam Al Boinin, who won the Small Tour title in the 12th and final round.
On his part, Ali Al Rumaihi, a former Olympian himself, and Director of Longines Hathab, thanked all participants and the media for their role in making the third edition a big success despite a four-month forced break due to the coronavirus (COVID-19) pandemic.
He added that with the end of the season, there will be a comprehensive technical and administrative evaluation of the tournament. He pointed to the increase in number of sponsors and horse-owners has led to an increase in the base of riders and horses participating in Hathab rather than relying solely on the federation alone to provide riders and horses.
Badr Al Darwish, Secretary-General of QEF and the Asian Equestrian Federation, and a member of the Organising Committee, said that the tournament highlighted Qatar’s role on the international equestrian map thanks to Al Shaqab’s facilities and the QEF.
The participation of many judges from International Federation of Equestrian and Asian Equestrian Federation who participate in the refereeing and training courses for showjumping and dressage is in indication of the same, he stressed.
The Hathab series launched in 2017 carries a total prize of QR1.2mn. Hathab meaning ‘Canter’ in Arabic, is aimed at improving the standard of horse riding among Qatari youths while encouraging the involvement of private stables and individual horse owners to grow awareness of horsemanship as part of Qatar’s history and tradition.
The vision for Hathab is to inspire Qatar’s next generation of international champions.
Longines, ExxonMobil and Salam World are the official partners of Hathab and it is open to all Qataris and residents of Qatar who wish to participate.