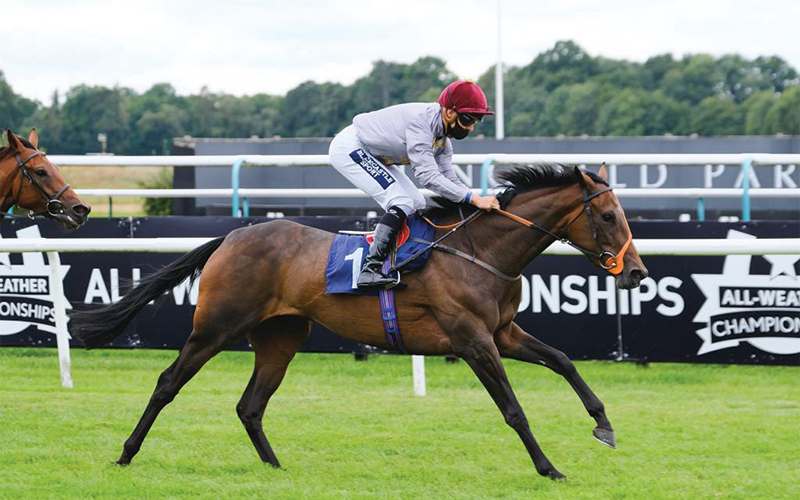 London, 8 September 2020 - Bred and owned by Al Shaqab Racing, Aljalela broke her maiden for trainer Richard Hannon in the Betway Handicap at Lingfield.
The three-year-old filly was ridden out leaving the stalls by jockey Thore Hammer to take up a nice position in behind the leader in fifth position.
There was a steady pace set in the early stages by Princess Siyouni over this mile and a half contest.
In the in the final turn, they were well and truly racing turning into the straight with three furlongs left to run.
Switched to the inside, the false running rail gave Aljalela an opening and she battled to join the leader, O’Reilly’s Pass, passing her in the final furlong. She stayed on strongly to win going away by a one-and-a-half lengths in front of O’Reilly’s Pass.
By the Arc winning sire Golden Horn, Aljalela was bred by Al Shaqab Racing in France at Haras de Bouquetot.
She is out of Shahah, a Group 3 winner herself as a two-year-old, who is by Motivator – also the sire of Treve.