QFA presents Football for All Award to Ministry of Interior 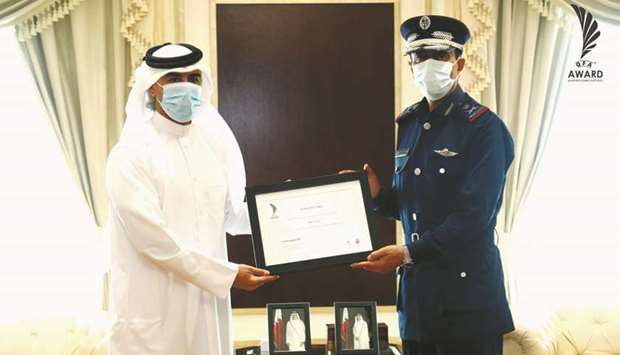 Doha, 15 September 2020 - The Board of Trustees of Qatar Football Association (QFA) Award presented the Football for All Award for the 2019-20 season to the Ministry of Interior, for its great efforts and contribution towards resumption of football activity.

HE Director of Public Security Major General Saad bin Jassim al-Khulaifi welcomed the initiative, and greeted HE the President of the QFA Sheikh Hamad bin Khalifa bin Ahmed al-Thani, highlighting the importance of co-operation between the Ministry of Interior and those in charge of football management in the State of Qatar to present a distinct image of the sport.

It may be noted that the Football for All Award is given to organisations, groups or individuals making a significant contribution towards football in the local community.