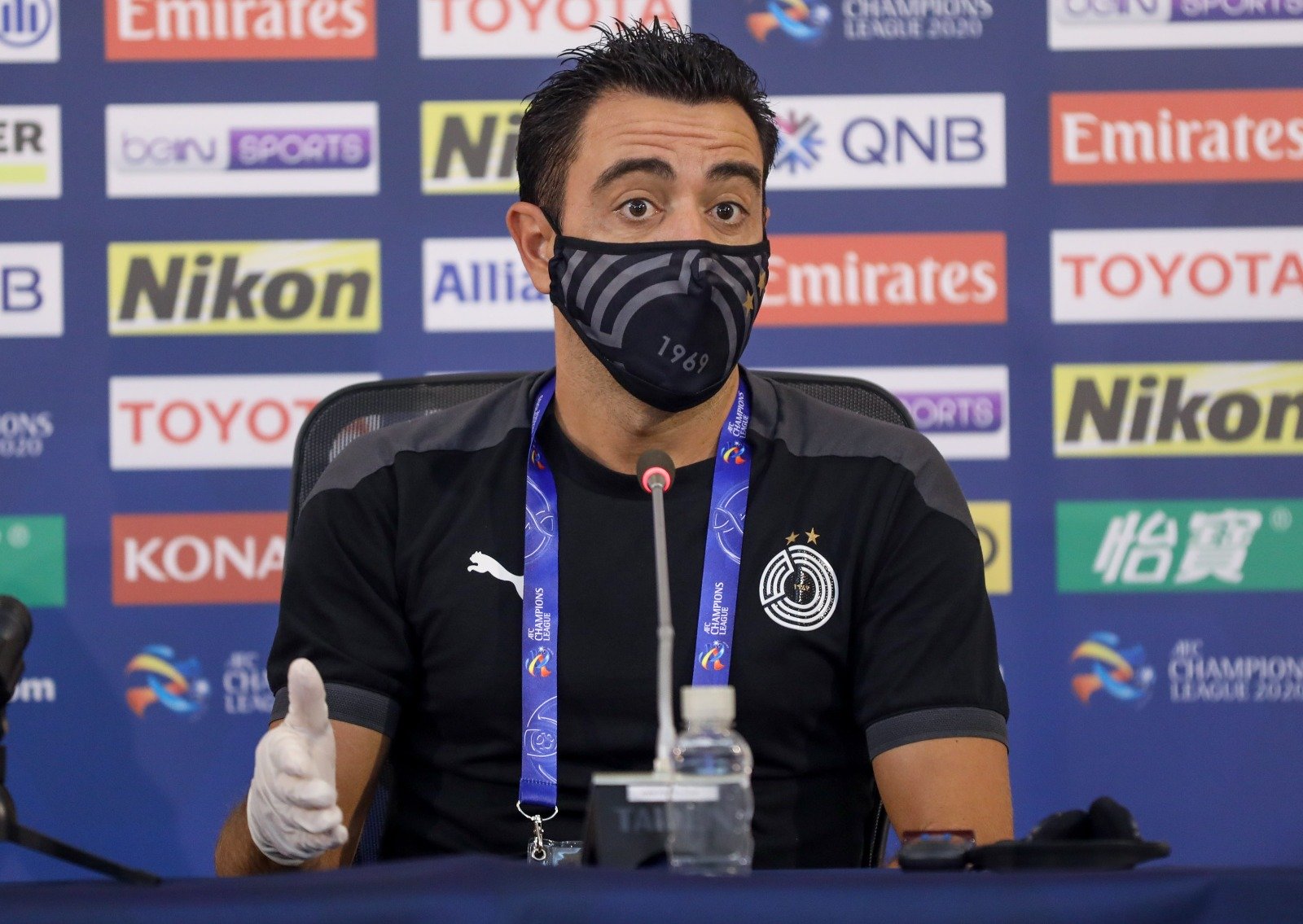 Doha, 17 September 2020 - Al Sadd SC head coach Xavi feels his team deserved to come out with more than just a point from their Matchday Three encounter against United Arab Emirates side Al Ain FC in the 2020 AFC Champions League, which ended 3-3.
Kodjo Laba opened the scoring for Al Ain early on. 2019 AFC Footballer of the Year Akram Afif equalised on 35 minutes, shortly before Bauyrzhan Islamkhan hammered home a contender for goal of the tournament to put Al Ain ahead before half time.
A debut goal from Santi Cazorla followed by a Baghdad Bounedjah tap-in put Al Sadd ahead before friendly fire from Boualem Khoukhi put the game back on equal terms. The result meant Al Sadd slipped down to second place on five points after Al Nassr managed a win against Sepahan FC, while Al Ain took their first point of the campaign yet remained bottom of the group, four points off second place.
“We deserved more against Al Ain, and we need to improve ourselves,” said Xavi. “There’s still a long way to go in the AFC Champions League. We created a number of chances in the first half, but we weren’t good enough.
“In the second half the team was superb and did a lot better, but we weren’t lucky enough in front of goal. This is football though; it was normal that all the chances we created would see us through but that did not happen.”
For Al Ain, improving on Tuesday’s result in the reverse fixture will be vital if they are to avoid back-to-back group stage exits for the first time since 2010 and 2011, and head coach Pedro Emanuel knows his side can ill-afford to waste time.
“We played against excellent opposition in our first game in six months, we should be happy with our performance and the result,” said the former Al Taawoun boss.
“This is an important point for us, especially for our confidence because we were not at our best. We aimed to pressure Al Sadd’s players and as soon as we took possession, we attacked quickly.
“They looked for spaces to exploit in our team. In the second half, we conceded two goals in quick succession and we made some changes to get the points.”
“It’s hard to play every three days, but we have been ready for this.
“We need to get maximum points in the next game. The players need to rest the day after the match, after the magnificent efforts they made today. We will keep working to our schedule as planned.”
The two former champions will go head to head again on Friday in Matchday Four, when a result will be needed for Al Ain in order to keep their chances of progression alive while Al Sadd will look to keep pace with Al Nassr at the top of Group D.