Al Duhail must stay focused despite win over Persepolis 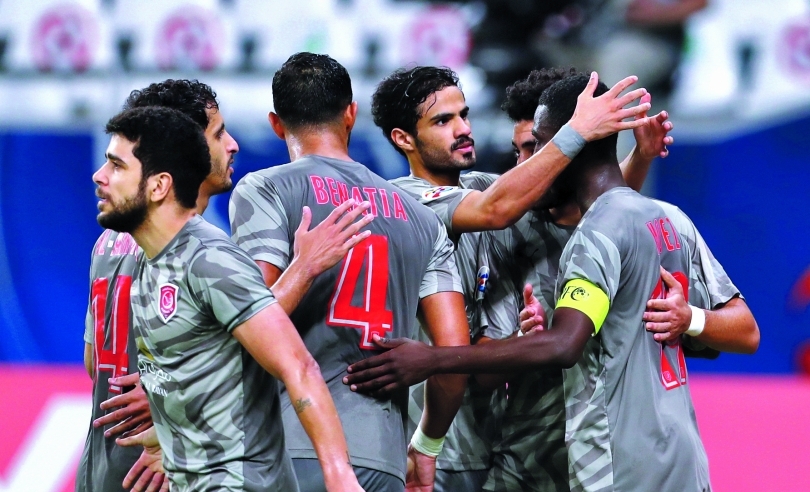 Doha, 23 September 2020 - Almoez Ali has called on Al Duhail SC to remain focused after the Qatar champions defeated Persepolis FC to jump to the top of Group C of the 2020 AFC Champions League on Tuesday.

It was a result Al Duhail badly needed after suffering a 4-2 defeat to Sharjah on Matchday Four and they bounced back in style against Iran’s Persepolis, who had gone into the tie at the Education City Stadium as group leaders.

Ali scored the only goal of the match from the penalty spot in the 56th minute for his third goal of the competition as Al Duhail moved to nine points, two ahead of Persepolis and UAE’s Sharjah, who defeated Saudi Arabia’s Al Taawoun 6-0 in the group’s other tie on Monday.

Ali, while pleased with the win, said Al Duhail have to remain grounded as they still have to play Al Taawoun where a draw will seal them a s knock-out stage spot and a win will see them emerging group winners .

“We played well today, which was great after our performance against Sharjah. We managed to recover some of our level but we still have some work to do in order to get to 100 percent,” said the 24-year-old Al Duhail captain soon after the match on Tuesday.

“We could have achieved a better result but at the end of the day, the three points are really important for us.”

“The next match will be harder and we must avoid being overconfident, as was the case against Sharjah,” said Ali. “We must forget this win and prepare for Al Taawoun who are a good side.

“They defeated us previously (2-0 on Matchday Two) in Saudi Arabia and we must ve fully focused in order to have a positive result and bring joy to our fans.”

Al Duhail SC goalkeeper Mohammed Al Bakri was ecstatic with the win, as he marked his AFC Champions League debut with a clean sheet.

“The players gave their best today and we got three important points,” said Al Bakri. “However, it isn’t over yet as we still have a match and we will go into it to get another victory.”

Persepolis midfielder Bashar Resan said Al Duhail’s experience and desire to bounce back from their defeat against Sharjah propelled them to victory.

“It was a difficult match for us because Al Duhail were eager to make a comeback after losing the previous match,” said the Iraqi midfielder.

“The experience of their players made the difference because they knew how to deal with the situations in the match.

“We missed several chances but we still have a match to play and hopefully we can win in order to advance from the group.

With Persepolis and Sharjah tied on points, Article 10.5 of the 2020 AFC Champions League competition regulations will be in place should the match end in a draw, with the corresponding fixture having finished 2-2 at the Sharjah Stadium in February.