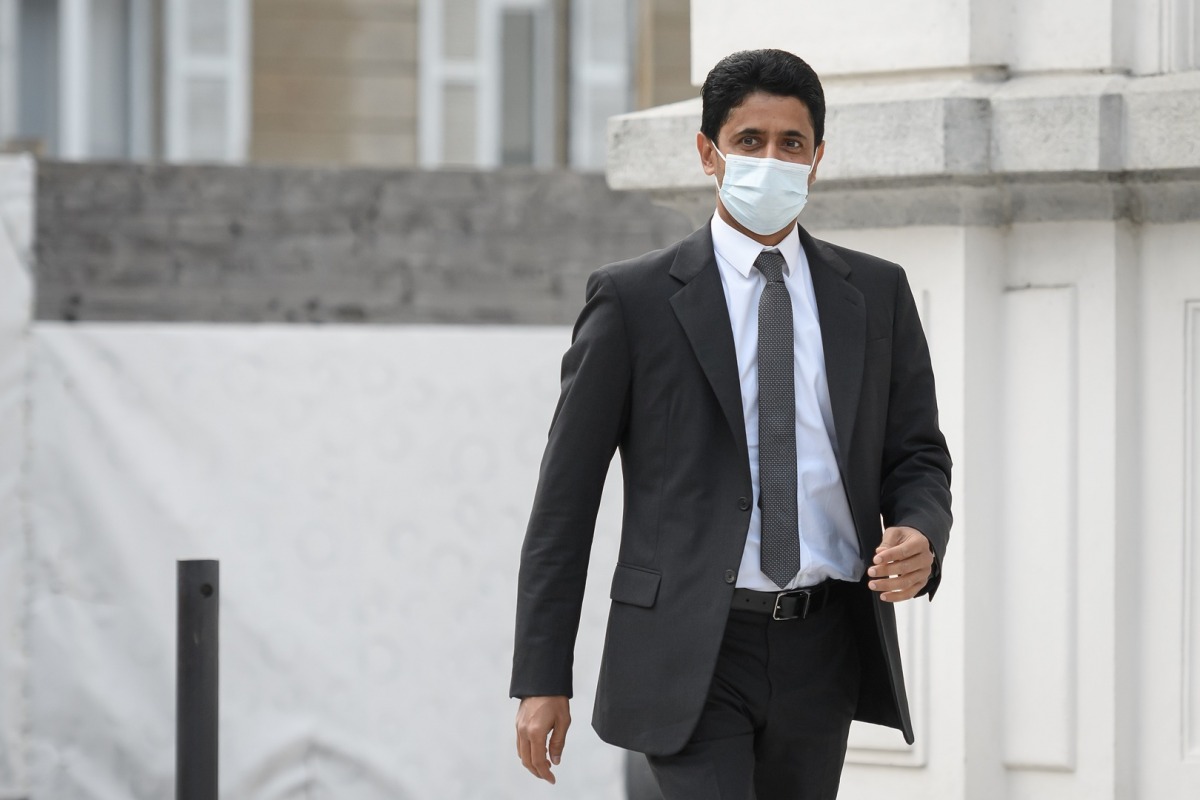 Lausanne, 24 September 2020 - The court case concerning Nasser Al-Khelaifi – President of PSG and beIN Media Group – concluded this evening in Switzerland after Al-Khelaifi’s Swiss legal team presented to the court for over 6 hours and demanded the full acquittal of their client.

The case principally concerns charges against former FIFA General Secretary, Jerome Valcke, and a Greek businessman Konstantinos Nteris (better known as Dinos Deris), in relation to the award of FIFA World Cup media rights in Italy, Greece and MENA. Valcke and Deris are charged with corruption and bribery, whereas the only charge against Al-Khelaifi is a technical charge of “incitement to mismanagement”. In February this year FIFA completely dropped all charges of alleged bribery against Al-Khelaifi after a 3-year investigation proved no wrongdoing.

At the court in Bellinzona today, starting at 8 am, the three Swiss attorneys for Al-Khelaifi – Marc Bonnant, Gregoire Mangeat and Fanny Margairaz – took it in turns to pick apart the prosecution’s case.

The fundamentals of the allegation against Al-Khelaifi are that he bought a villa for Jerome Valcke in return for Valcke providing cheap media rights to beIN without a tender. The defence tore apart this completely flawed argument with precision and detail. Firstly, the media rights bought by beIN for the 2026 & 2030 FIFA World Cups were at an outstanding price, not an undervalue ($480million in total, far exceeding FIFA’s ambitious target of $435million). Secondly, the fact there was no tender for beIN’s contract is completely at FIFA’s choice, completely in FIFA’s favour, completely legal, and happens across all sports for all kinds of contracts. Third, Al-Khelaifi never owned the villa in question. Finally, not one single piece of evidence from the prosecution shows any incitement or encouragement of Valcke by Al-Khelaifi to not report something – which is the only charge against Al-Khelaifi.

During the day, it was also noted in court that given the broadcasting landscape at the moment – both worldwide and particularly in MENA – beIN’s deal with FIFA is even more fantastic for FIFA, given broadcast rights values are plummeting in light of COVID, piracy, no competition in many markets, and Saudi Arabia banning legitimate broadcasters illegally. It was also noted that only last week, FIFA President Gianni Infantino publicly defended beIN’s great deal for FIFA at FIFA’s 70th FIFA Congress.

Commenting on today’s proceedings, Marc Bonnant, Swiss counsel representing Nasser Al-Khelaifi, said: “For the first time since this investigation began nearly 4 years ago, Nasser Al-Khelaifi’s defence has finally been heard. Each and every flaw and contradiction in the prosecution’s case was presented. The 2026 / 2030 media rights deal was outstanding for FIFA, far from being an undervalue. The villa was never owned by Mr Al-Khelaifi, far from being an undue influence. Most fundamentally – the only charge against Mr Al-Khelaifi is “incitement” of Valcke to not report matters; not a single element of incitement has been proven. The complete acquittal of Mr Al-Khelaifi has been demanded today, and emphatically so. We are confident this will be the case and that justice will be served.”

As a backdrop to this case, the Swiss Prosecution service itself has been embroiled in a major and unprecedented scandal that has led to the resignation of Attorney General Michael Lauber earlier this year, who originally oversaw Al-Khelaifi’s file and who was sanctioned and resigned for misconduct and lying. Various other prosecutors on Al-Khelaifi’s file have also been dismissed over the course of proceedings – calling into question the independence, impartiality and credibility of the entire Swiss prosecution team.

The court closed proceedings at 4 pm in Bellinzona and a judgment is expected on 30th October.