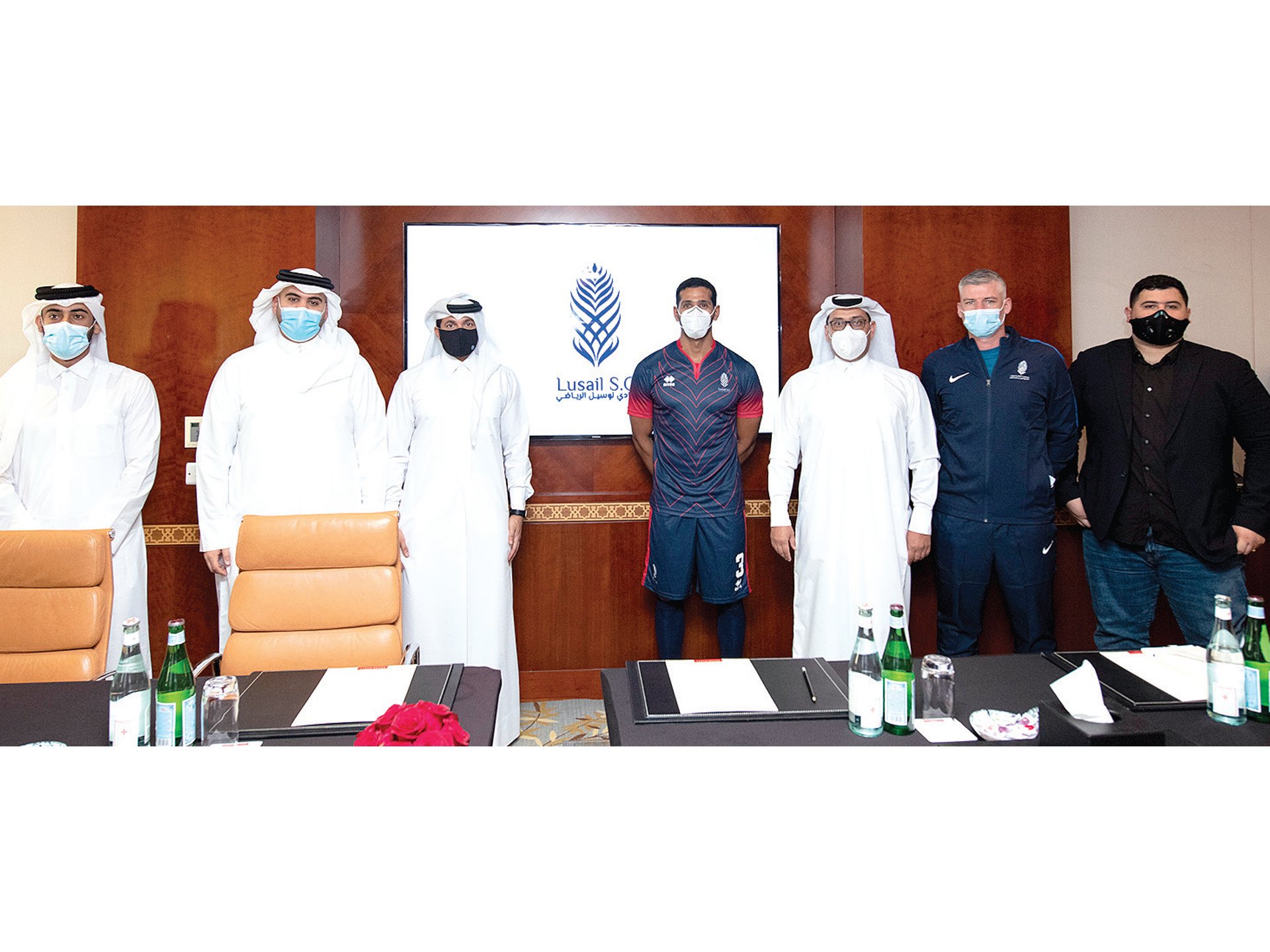 Doha, 29 September 2020 - The Lusail Sports Club unveiled the new club and academy logo and also announced details of its strategic and commercial partnerships for the coming period during a press conference held at the Grand Hyatt Hotel.
Among those present included Lusail Sports Club President Nawaf Al Mudhahka, CEO Muhammad Saeed Al Misnad, team captain Khaled Nawwaf, the club’s official spokesman Abdulhadi Al Sahli and CEO of Cosette, Omar Shamiyeh and sponsors.
Addressing the gathering, Al Mudhahka stated that Lusail Sports Club is the first commercial club in Qatar and was launched in 2014.
“The club was launched with an idea to educate and train Qatari youth of Aspire graduates and amateurs. At the beginning the club members participated in the Ramadan tournaments and amateur competitions.” Al Mudhahka said.
Al Mudhahka also said that Lusail Club, as a commercial club, is primarily concerned with investing in sports and players, refining them and introducing them to the big clubs and eventually the Qatari national teams so that the players could compete internationally.
The president said that the goal of the club is to attract all residents in Qatar without screening as the club continues to work on its ‘Vision 2026’.
“We have established the Lusail Football Academy in the Doha Golf Club to support the youngsters falling in the age groups of 4 to 16 years old. The training period is divided into three stages. Each stage consists of a period of three months and the door is open to residents of all nationalities,” Al Mudhahka said.
On his experience with Lusail Sports Club, team captain Nawwaf said: “Playing in the side has been a good experience. Me and my players have benefited a lot from it. In order to teach youngsters all about football skills, I encourage them to be part of a competitive and sporting atmosphere like the one seen at the academy.”
Omar Shamiyeh, CEO of Cossete Solutions, the sponsors of Lusail Sports Club, said: “We are proud of our sponsorship of Lusail Sports Club and the Lusail Football Academy. We hope that this joint cooperation will extend and continue in the future and help develop the game among youngsters.”
“Lusail Sports Club is the first club in Qatar that was set up as commercial entity. This is an opportunity for Cossete Solutions to be the first marketing company to sponsor a sports club and to be part of a club that is keen to develop the game among youngsters,” he added.
“One of our most important goals is to develop community sports and to help develop Qatari players in all sports fields. We sponsored world champion Mutaz Barshim, and we seek to help develop future stars also,” Shamiyeh said.