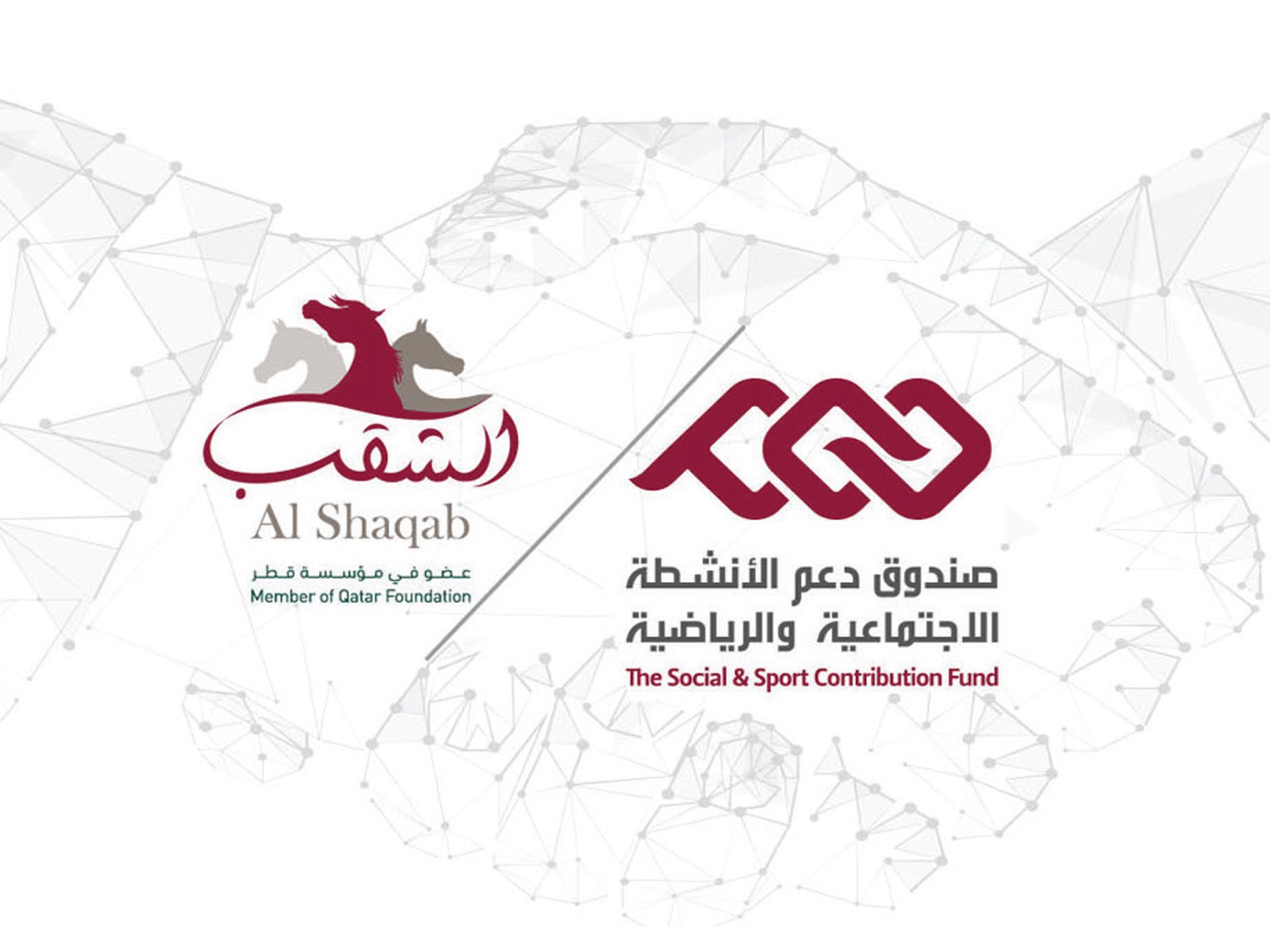 Doha, 7 October 2020 - The Social & Sport Contribution Fund (Daam) and Al Shaqab, member of Qatar Foundation, will cooperate to support the development of equestrian sports – particularly among the youth.

The agreement is for a period of one year, with Daam’s vision to make a positive difference in the community by supporting social and sports activities, and enhancing sustainable social development in alignment with Qatar National Vision 2030.

Daam is a Supporter of Qatar Equestrian Tour – Longines Hathab, which focuses on young riders and aims to inspire Qatar’s next generation of equestrian champions.

Preparations are under way for the start of Season 4 of the popular annual equestrian series, which is co-organised and hosted by Al Shaqab.

“Equestrian sport truly represents Qataris, our tradition, and our culture, and this is reflected in the competitions and events undertaken by Al Shaqab. The Social & Sport Contribution Fund and Al Shaqab will develop equestrian sports in Qatar, especially among the youth. This investment in the youth, in terms of helping them to understand and appreciate Qatar’s culture and traditions, will play a positive role in enhancing social development.”

“We are honored to welcome The Social & Sport Contribution Fund on board as supporter of Al Shaqab, and we look forward to a collaborative and rewarding partnership.

“Al Shaqab, as a center of equestrian excellence, greatly values Daam’s commitment to the development of horsemanship in Qatar, particularly among the youth.”

“This level of support will play a great role in encouraging young riders, and ultimately keeping alive an invaluable part of Qatar’s history, culture and tradition.”

The first Hathab Tour of the 2020-21 Longines Qatar Equestrian Tour Hathab, supported by the Social & Sport Contribution Fund (Daam) will get under way at the Qatar Equestrian Federation’s outdoor arena from Thursday (October 8).

The Hathab series, initiated by HE Sheikh Joaan bin Hamad al Thani, President, Qatar Olympic Committee, was launched in 2017 and carries a total prize of QR1.2mn.

Hathab meaning ‘Canter’ in Arabic, is aimed at improving the standard of horse riding among Qatari youths while encouraging the involvement of private stables and individual horse owners to grow awareness of horsemanship as part of Qatar’s history and tradition.

The vision for Hathab is to inspire Qatar’s next generation of international champions.

The three-day opening leg will see mandatory veterinary checks on Thursday with the Small and Medium Tour events scheduled for Friday.

Hamad Nasser Al Qadi had emerged as the overall champion in the Big Tour in the 12-leg third Longines Hathab Equestrian Series which had ended in August after the series resumed behind closed doors following a forced four-month break due to the coronavirus pandemic.