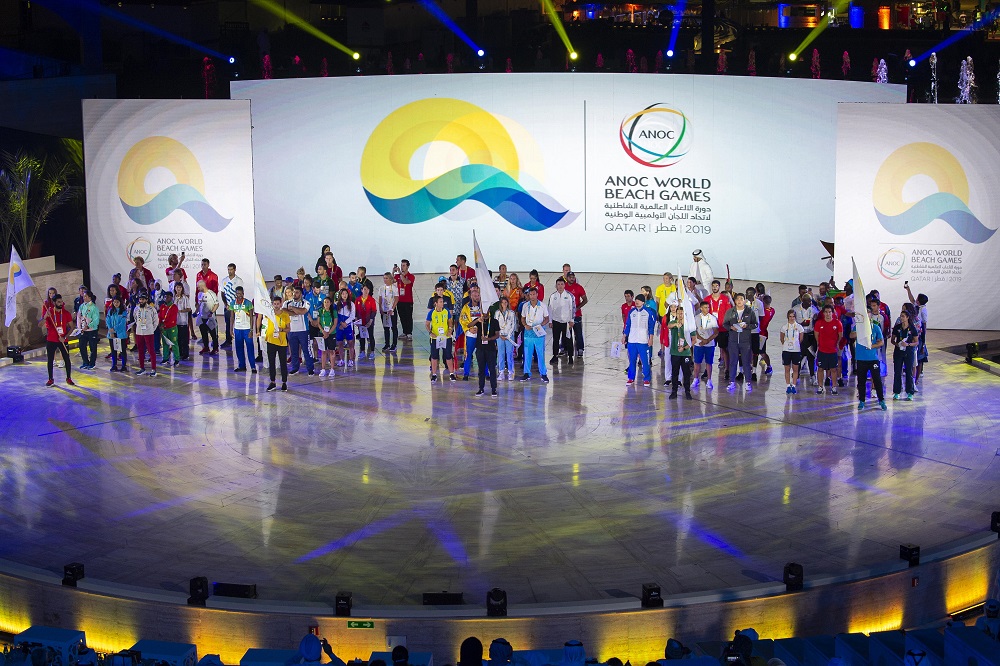 Doha, 13 October 2020 - The Qatar Olympic Committee has celebrated the one year anniversary of the ANOC World Beach Games Qatar 2019, which saw Doha welcome over 1,200 athletes from 97 NOCs for the first ever global festival of beach, water and action sports.

Qatar planned and delivered the Games in just four months after stepping in following the withdrawal of San Diego as the host city. The Games also followed immediately after Doha had hosted the IAAF World Athletics Championships increasing the operational and logistical challenges. However, due to the support of the State of Qatar, the strong relationship with ANOC and the strength of Qatar's extensive major event hosting experience and expertise, the QOC was able to deliver a successful event.

The Games showcased 13 fresh and dynamic sports, selected based on their appeal with young people around the world. With a combination of Olympic and non-Olympic disciplines, Qatar 2019 provided an opportunity for the QOC, and all participating NOCs, to connect with new athletes and fans. The QOC was able to draw on its strong relationships with many International Federations (IFs) to ensure each competition was delivered to the highest standards.

Sustainability was at the heart of Qatar 2019 and QOC maximised the use of existing and temporary venues to minimise the Games' impact on the environment. Only two new permanent venues were built, a bouldering wall and skateboard park, which were built for legacy purposes given both sports will feature on the Tokyo 2020 and Paris 2024 Olympic Games.

“We were very proud we were able to plan and deliver the Games in just four months, particularly given we hosted the IAAF World Athletics Championships just before. It has left a great legacy, connecting us with new talented athletes and helping to inspire people in Qatar to try new sports and disciplines. It is these legacy benefits both for Qatar and the region, and the powerful role sport plays in social development that is the driving force behind our desire to host these major international events."

Qatar will host the FIFA World Cup in Qatar 2022 and the Doha 2023 FINA World Championships the following year. Doha is also currently bidding to host the 2030 Asian Games.