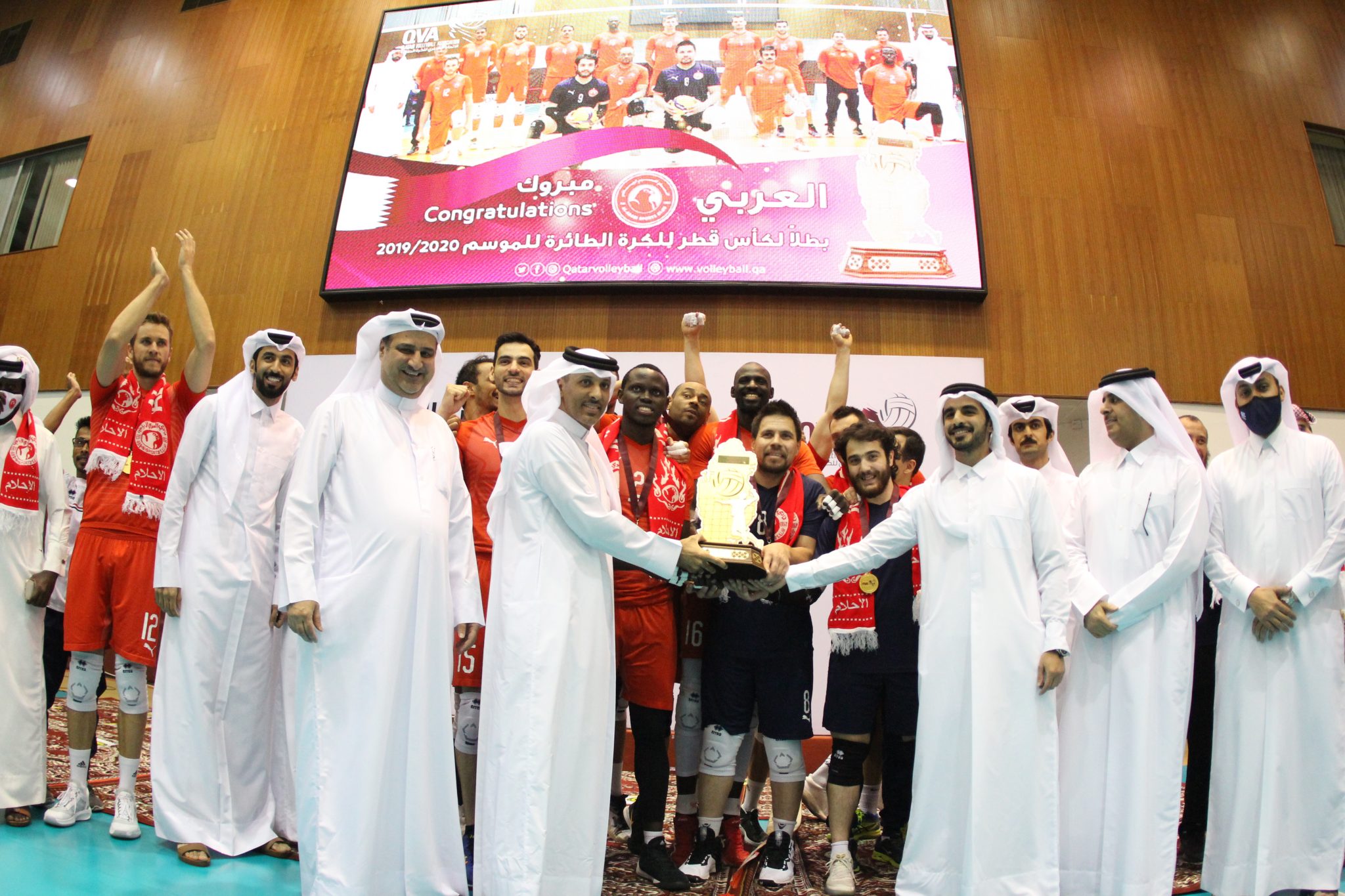 Doha, 15 October 2020 - Al-Arabi team was crowned the Qatar Volleyball Cup for men`S, after its victory over its counterpart Al-AhlI by three sets for one (23-25, 25-21, 25-21 , 25-15) in the match that took place between them this evening At the QVA Hall, amidst strict precautionary and health measures to ensure the safety of everyone from the Coronavirus (Covid-19).

Mr.Ali bin Ghanem Al-Kuwari, President of the Qatar Volleyball Association, congratulated for AlArabi team on winning the title, and Al-Ahli team for obtaining the runner-up position after a wonderful performance by him in the tournament and today’s match. The tournament was concluded, and through it he was able to obtain the title well-deservedly … indicating that the competition was strong and exciting and witnessed a rivalry between the two teams’ professionals. Until QVA is completely ready to complete the most expensive cup competitions. He described the current season as successful, despite the suspension of sports activity due to the virus.