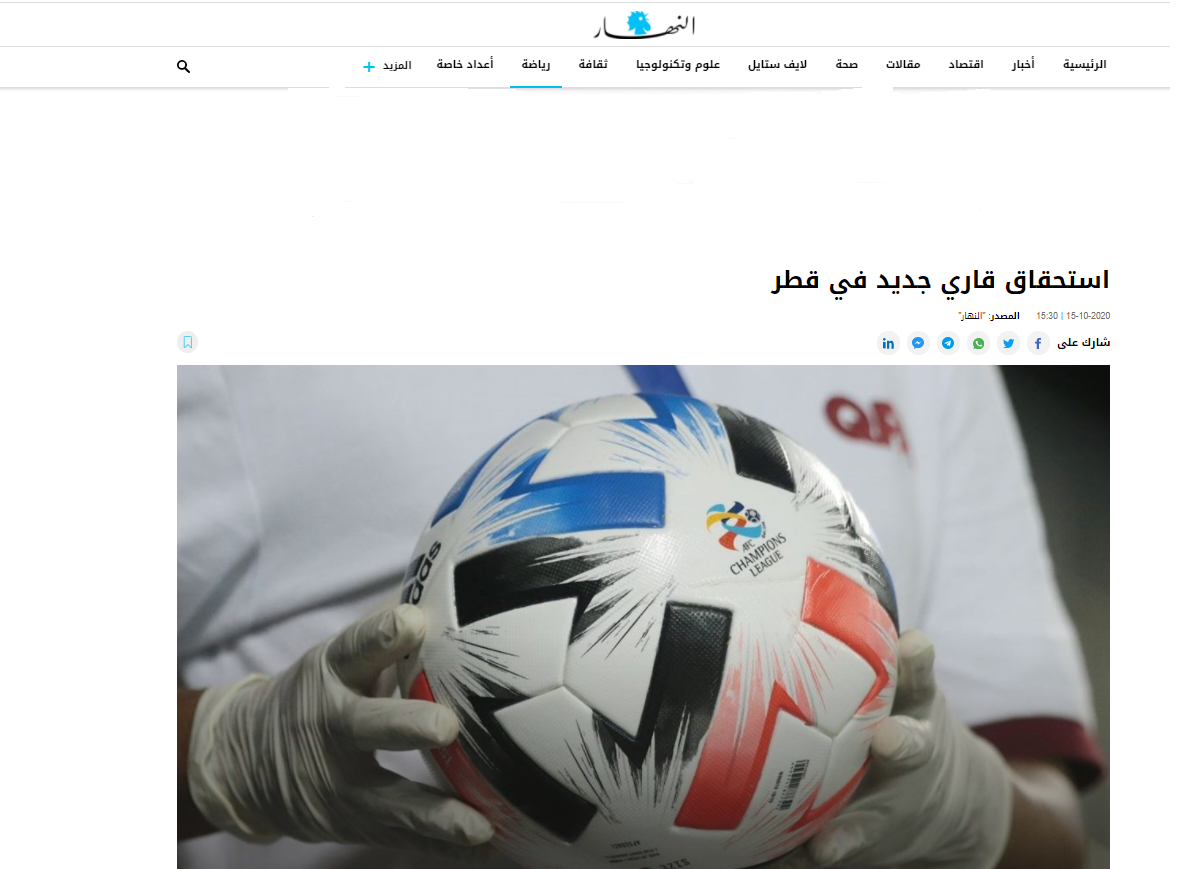 Lebanese newspaper, An-Nahar: “Qatar has succeeded in hosting the 2020 AFC Champions League (West) from September 14 to October 3, which constituted a safe return to continental football activities after its suspension last March due to Covid-19.
Following the successful organization, the AFC renewed its confidence in Qatar, as it requested the Qatar Football Association (QFA) to host the remaining matches in the tournament for the eastern continent from November 18 to December 13, marking the return of the next competitions. The group stage, after being stopped last March due to Corona, reached the 16, quarter and semi-finals rounds."