Al-Attiyah all set for Cyprus rally win with big lead 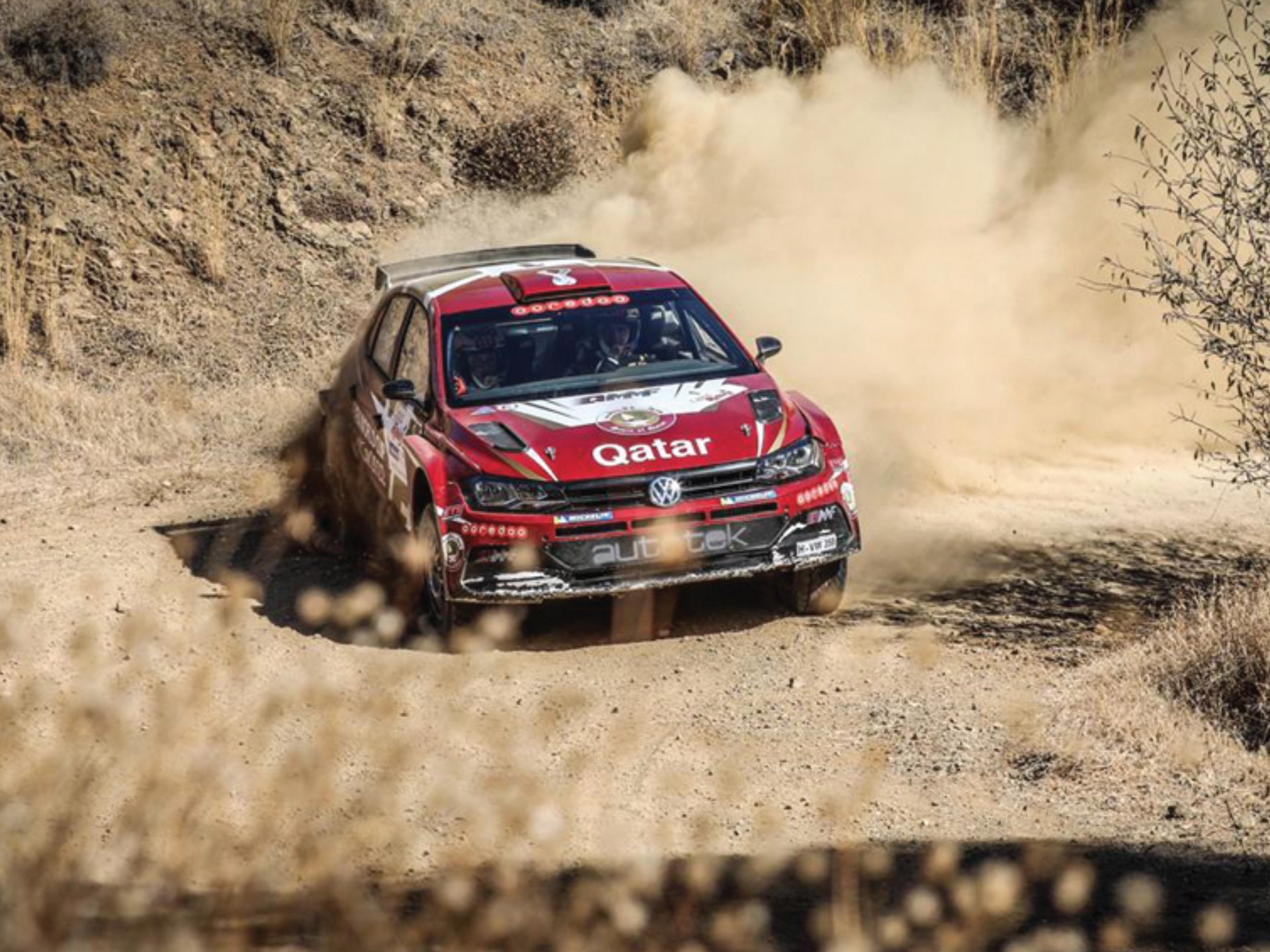 Nicosia, 18 October 2020 - Qatari star Nasser Saleh al-Attiyah raced to a huge lead in the Cyprus Rally yesterday, setting him up for a back-to-back victory in the event today.
The first leg of the 2020 edition of the rally, part of the FIA Middle East Rally Championship, yesterday turned into a fight for survival with numerous retirements. However, al-Attiyah and his French co-driver Matthieu Baumel ended the day with a lead of 12 minutes and 29 seconds.
The hugely successful Qatari-French duo won three special stages out of six yesterday.
A conservative drive in their Volkswagen Polo GTI R5 today should allow the 15-time Middle East Rally champion to win his seventh Cyprus Rally title.
“It was a good day for us, but not easy in the beginning as we lost a bit of time. We came back strong in the second loop. We have a big lead after day one and I’m happy with the performance. We had some problems with the drive shaft, but it’s OK, sometimes you need to keep going. I hope to have a good day tomorrow,” said al-Attiyah.
Seven Cypriot duos followed the leaders into the Nicosia Service Park with the team of Savva Savvas and Andrea Papandreou second in their Mitsubishi Lancer EVI IX.
Third overall are Panagiotis Yiangou and Panagiotis Kyriakou in Hyundai i20.
In the 2WD Category, Constantinos Televantos and Takis Stavrou have a 21.4 second lead in their Peugeot 208 R2 ahead of Chrysostomos Panteli and Thomas Theophanous (Ford Fiesta).
Yesterday, the crews covered 313.84km of which 105.8km were special stages. The day was completed by 13 out of the 21 crews who had started in the morning.
The Cyprus Rally ends today with four special stages and the Eneos Super Special Stage at the Achna speedway at 14:26.
Those who retired yesterday are entitled to return on the second and last day today, however, with prescribed penalties (the time of the first of their class plus 10 minutes per stage they did not complete).
Alexandros Tsouloftas was impressive in the morning special stages, having built a 10.9 second lead on al-Attiyah in the first two stages. The two tied for the third stage with an exact same time of 15:47.9, a rarity in rally racing.
In the first noon stage, however, Tsouloftas had a problem with the right rear axle of his Volkswagen Polo and finished second. He then had to retire like a few others had already since morning.
Yiangou-Kyriakou were second, but power steering problems on the last stage of the day cost them time and they finished third behind Savvas-Papandreou.
In fourth place are Christos Demosthenous and Costas Pavlou in Mitsubishi Lancer Evo IX, Sofianos Rousos and Andreas Yiannakou (Mitsubishi Lancer Evo X) were fifth. These four Cypriot crews are a mere 65 seconds apart, with some big battles anticipated today.
Oman’s Abdullah al-Rawahi and his Jordanian co-driver Ata al-Hmoud are in ninth place in their Ford Fiesta R5. Kuwait’s Meshari al-Thefiri and his Qatari co-driver Nasser al-Kuwari are 12th.