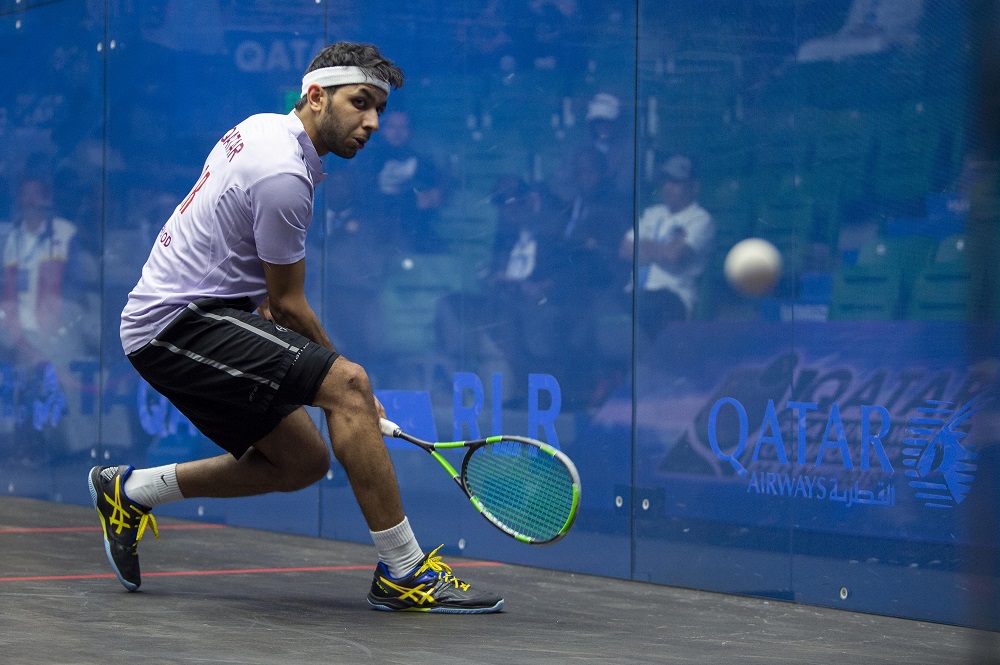 Doha, 1 November 2020 - The 2020 Qatar Classic starts today at the Khalifa International Tennis and Squash Complex with 16 matches on the cards as all the top-seeded players have been given a bye into the next round.

Tournament's defending champion and second-seed Ali Farag will start the prestigious tournament as the World No.1, and he will not be seen in action until Tuesday when he faces the winner of the first-round match between Tayyab Aslam and Richie Fallows.

The Egyptian player is likely to face the reigning World Champion, Tarek Momen, who also won his World title at the same venue last year, in the semi-finals - all thing being equal.

For three-time champion Mohamed ElShorbagy of Egypt, the quest for an unprecedented 4th title in Doha begins on Monday with a match against either England's George Parker or Victor Crouin of France. "The Beast" is projected to face New Zealand's Paul Coll in the semis.

Meanwhile, his brother, Marwan ElShorbagy, will be up against the winner of the Gregory Gaultier of France vs Spain's Iker Pajares Bernabeu match.

All eyes will be on Tamimi as he attempts to replicate the form which saw him reaching the Round of 16 before losing to tournament's champion Tarek Momen.