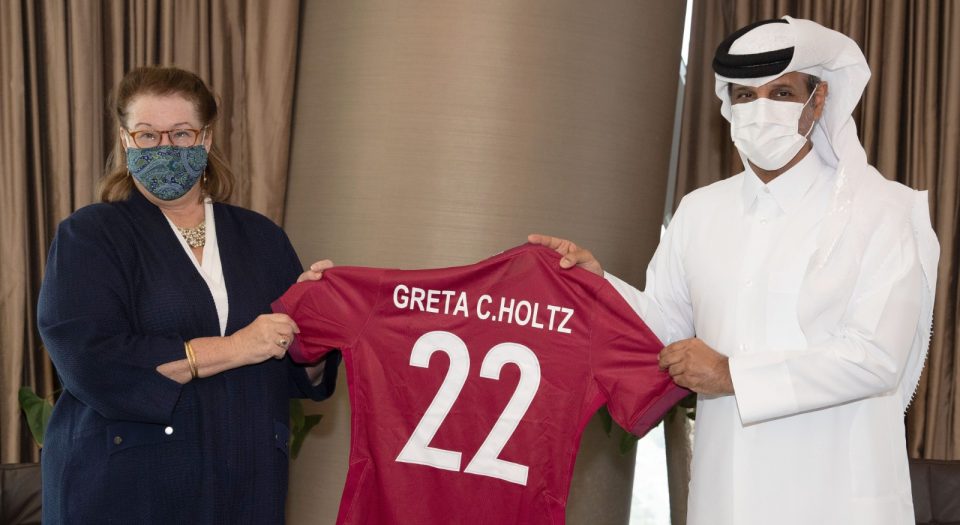 The QFA President received the American delegation to discuss strengthening of relations between the two countries. The two also discussed issues of common interest.

The QFA President underlined the distinguished relations between the Qatari and American football federations, pointing out the future possibilities to develop the relations further,

During the meeting, the two officials discussed to ways to develop future football cooperation falling within the framework of exchanging experiences and regular communication in the interest of football in both countries.

Qatar’s on-going preparation to host the 2022 FIFA World Cup was also discussed during the meeting.

During the meeting on Monday, the two officials also talked about Qatar’s debut participation in the Gold Cup championship organized by the CONCACAF. The event will be hosted by the US from July 10 until August 1 next year 2021.

Holtz appreciated the role played by the State of Qatar in the world of sport, noting that the host of the 2022 FIFA World Cup has hosted a series of top sports events, attracting the best players from around the globe.

The US diplomat said she would be extending all help to facilitate Qatar and the US in developing their sports cooperation further.

At the end of the meeting, commemorative shields were exchanged.

The QFA President presented the official jersey of the Qatar national team to the Chargé d’Affaires Ambassador decorated with her name and bearing the number 22.