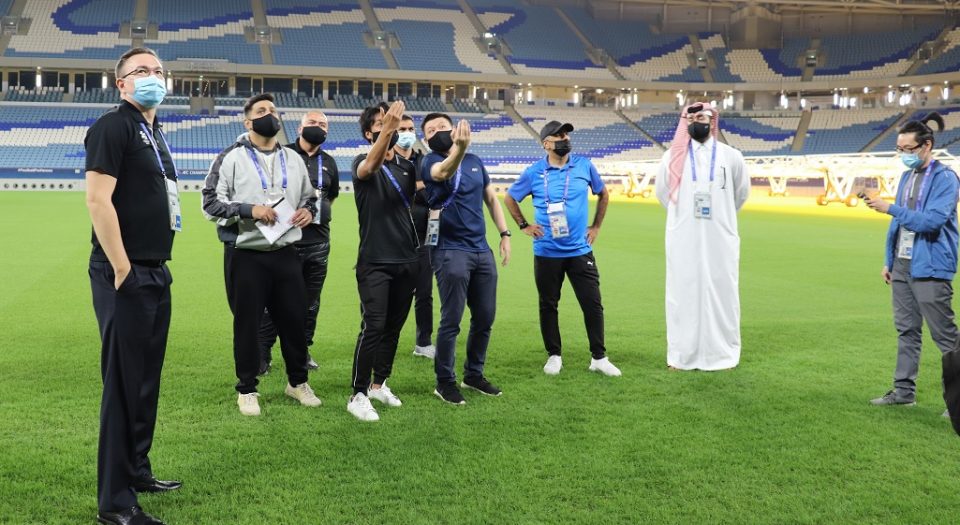 Doha, 16 November 2020 - The AFC delegation has visited the stadiums that will host the AFC Champions League East Region matches from November 18.

The AFC East Zone teams are in Doha aiming to qualify for the AFC Champions League final to be held in Doha on December 19. Most of the squads have already arrived in Doha.

The AFC delegation’s visit to the Nov 18-Dec 19 venues came per its main organizational tasks. The commission also held several meetings with officials of the Local Organizing Committee (LOC) besides undertaking trips to designated team hotels.

The venue’s visited by the delegation include the iconic Khalifa International Stadium, the Education City Stadium and Al Janoub Stadium – which are the 2022 FIFA World Cup ™️ stadiums in Qatar – as well as the Jassim Bin Hamad Stadium, home turf of Al Sadd Sports Club.

The delegation on Sunday praised the final preparations and arrangements made by the LOC to receive the teams and the transportation plans carried out.

The Asian delegation appreciated ‘the great plans made by the LOC, which spared no effort in providing all requirements of the teams competing in the East Zone event’.

The AFC at the same time commended the health procedures and the strict medical protocol put in place by the LOC and the relevant authorities in Qatar toward staging the month-long event under trying circumstances because of the COVID-19 pandemic sweeping the globe.