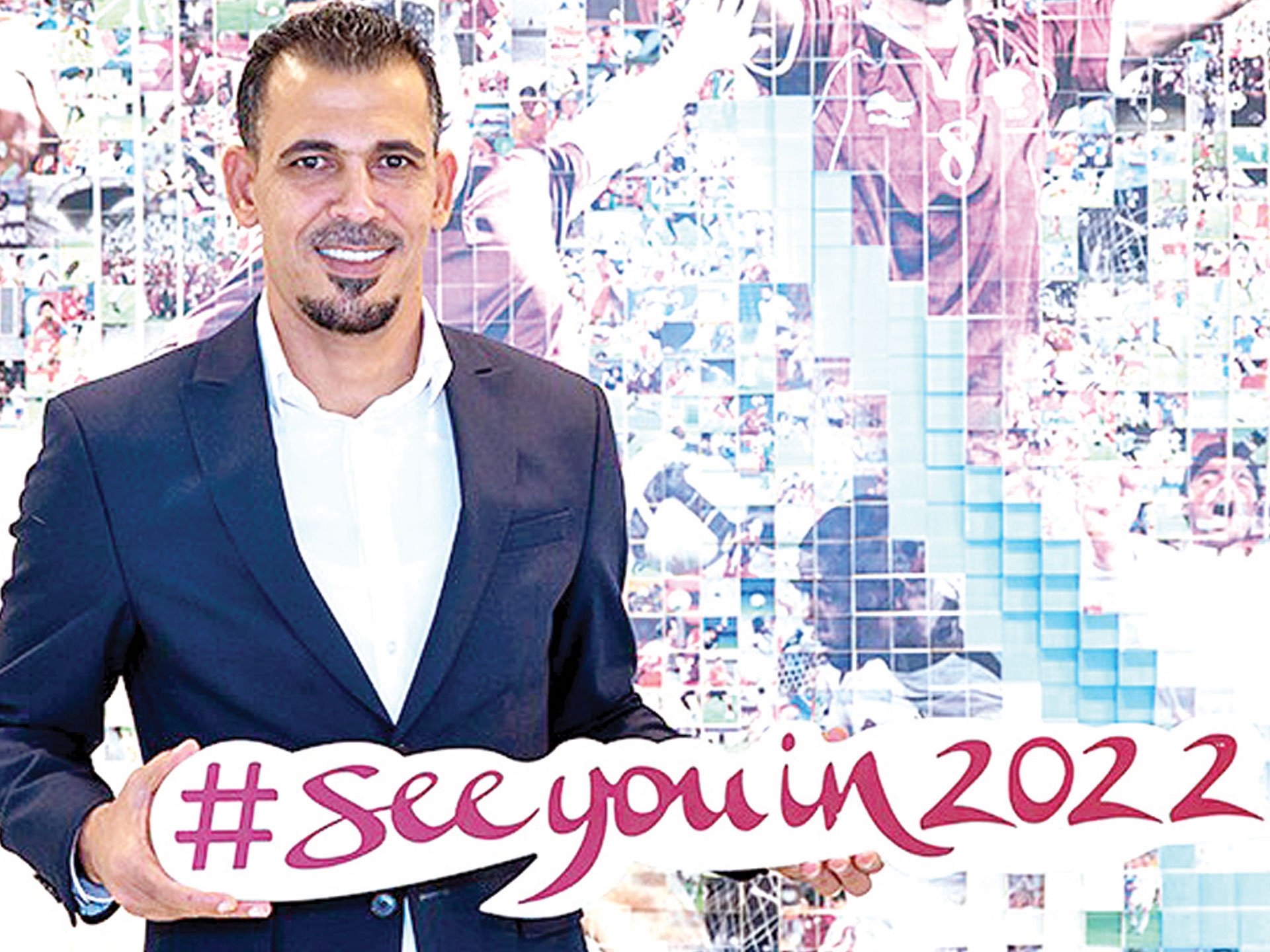 Doha, 18 November 2020 - Former Egyptian footballer and The Supreme Committee for Delivery & Legacy (SC) ambassador Wael Gomaa believes Qatar can overcome all the hurdles, including the existing pandemic, to host an exceptional FIFA World Cup in 2022.
Since 2019, Gomaa has been an ambassador for the SC – the organisation responsible for delivering the infrastructure and legacy for the FIFA World Cup Qatar 2022. “The World Cup in Qatar will be an unforgettable event in light of the large preparations that Qatar is doing in terms of stadiums, facilities and infrastructure to host an ideal version of the biggest football event in the world,” Gomaa said at an online roundtable conference to discuss the role of the SC’s ambassadors in highlighting Qatar’s ongoing preparations for the World Cup.
“Qatar is dedicated to present the most amazing World Cup ever and they are preparing in the best possible way and leave a legacy for future generations,” he added.
Gomaa was named the best defender in all three Africa Cup of Nations victories, while at club level he claimed 26 major trophies with Al Ahly, including six CAF Champions League titles. After retiring from playing in 2014, Gomaa served as manager of Al Ahly for one season.
The SC’s ambassador wished that a record number of Arab teams would qualify for the World Cup in Qatar, while pointing out that four Arab teams had made it to the World Cup in Russia in 2018.
Gomaa said as ambassador of the SC he will have a huge role to play in the next two years to promote the work done by Qatar 2022 and highlight the ongoing preparations to organise the tournament.
Gomaa is also familiar with the Generation Amazing programme after taking part in a football for development activity with Doha schoolchildren during last year’s Arabian Gulf Cup. He also attended the inaugural Generation Amazing Festival, which gathered 140 youth from 22 countries.
Iraq football legend and SC ambassador Younis Mahmoud was also part of the roundtable discussion, and said that Qatar was 100 percent ready to host the World Cup despite the pandemic ravaging the world.
“Qatar is among the first countries that allowed sports activities to resume during this pandemic. And also the Qatar League is one of the few leagues in the world that are currently held with fans,” the former Iraq striker said.
“Qatar’s experience in hosting the most prominent sporting events is also an important factor. The country already hosted a successful AFC Champions League West zone matches by creating a bio-secure bubble and has also been given the responsibility to host East Zone matches. Qatar has become the sport capital of the world due to its enormous potential and capabilities in sport facilities and infrastructure and has hosted in recent years many prominent events at all levels and in various sports,” he added.
Mahmoud said the whole world is waiting for an ideal version of the World Cup Qatar 2022, especially in light of the continuous Qatari preparations, distinctive infrastructure, sports facilities and advanced technologies that were praised by the FIFA and all the sports missions that used them.
Mahmoud, who made 148 appearances for Iraq, also had spells with top Iraqi side Al Talaba and five Qatari teams, including Al Gharafa, where he won a host of honours during a five-year spell.
On the international front, Mahmoud won the AFC Asian Cup with Iraq in 2007, scoring the most goals in the tournament and picking up the best player award. He became an ambassador for the SC in 2019, which led to him attending a Generation Amazing activity with local school children at one of the Qatar 2022 training sites.