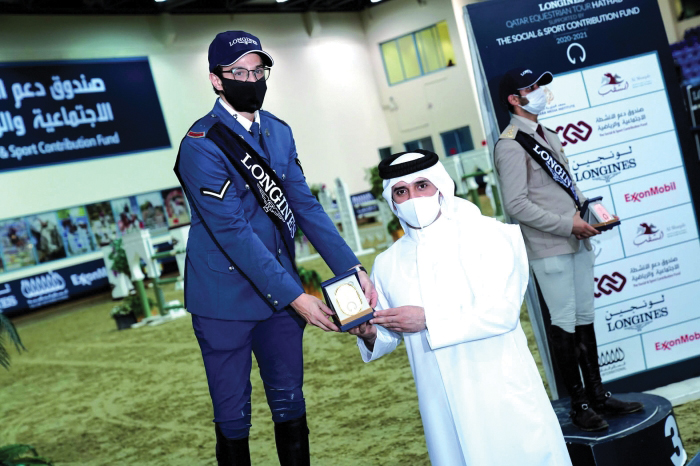 The hugely popular event is sponsored by The Social and Sport Contribution Fund.

On what was day two at Qatar Equestrian Federation’s (QEF) Indoor Arena, the 9-year-old mare clocked a time of 62.74 seconds (run against the clock) to seal the deal in the 130/140cm competition.

Earlier in the day, Faris Saad Al Qahtani exhibited a brilliant run with Verenince 2 to claim the top spot in the Open Class.

Hamad Abdul-Rahman Al Attiyah, Chairman of the Local Organizing Committee and the Qatar and Asian Equestrian Federations, Omar Al Mannai, Vice President of the LOC, Badr Muhammad Al Darwish, Member of the Supreme Organizing Committee of the Championship, and Secretary General of the Asian Equestrian Federation, and Ali Yousef Al Rumaihi, Director of the Longines Qatar Equestrian Tour, were present during the two-day event.

The next round will be held Al Shaqab Arena from Dec 10-12.