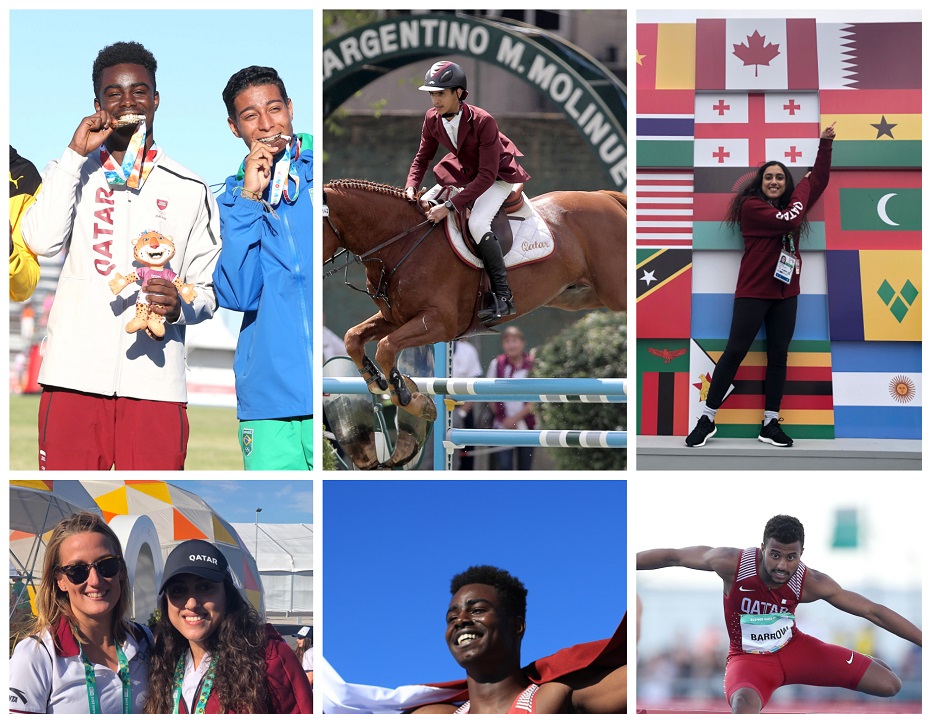 Doha, 7 December 2020 - The Doha 2030 Bid Committee today announced its new Youth Working Group, which will ensure that Asia's future sports stars, ambassadors and fans are at the very heart of Doha's plans for a welcoming and inclusive Asian Games.

The Working Group comprises some of Qatar's brightest young people, from youth Olympians to Youth Olympic Games (YOG) ambassadors. Members include Qatar's gold medallists in athletics from the Buenos Aires 2018 YOG, Owab Barro (110m hurdles) and Abdulaziz Mohammed (200m) as well as the Young Ambassador from Buenos Aires 2018 YOG Nada Arkaji, and the Nanjing 2014 YOG, Hannah Albadr. Former Junior Weightlifting World Champion and Rio 2016 Olympian, Fares Ibrahim, is also among the members. The full composition of the Working Group can be found below.

The Working Group will lead on the further development of the Doha 2030 Youth Camp – an important element of the bid's Project Legacy 21 programme. The Youth Camp will begin ahead of the Games and be open to young people, male and female, from each of the Asian NOCs. The camp is intended to promote and improve unity and cooperation among the Asian countries. The Working Group will advise on the skills development programmes across culture, sport and education that will be featured in the Youth Camp.

The Working Group will also help to define the role that the young participants would undertake in the Doha 2030 Athletes' Village following the conclusion of the Youth Camp. It is planned that each participant will be trained to understand the needs of elite athletes and work in the Athletes' Village to provide a home-away-from-home feel for their participating nation's team members.

“Doha 2030 is delighted to have such a diverse, enthusiastic and talented group of young people supporting our bid. The Youth Working Group has a critical role to play in ensuring that Doha 2030 truly represents Asia's young people. In 2030 these young people will be Asia's sports stars, volunteers, ambassadors, spectators and fans, and so it is vital that we deliver a forward-thinking Games that meets the needs and priorities of this modern and innovative generation.

“We will work with the Youth Working Group to further develop our plans for the Doha 2030 Youth Camp. The Youth Camp will be an important legacy project of Doha 2030 and will contribute to ensuring the Games promotes unity and inclusivity across Asia."

Each participant in the Youth Camp will gain important life and career opportunities that can be taken home and harnessed in their own communities – providing an enduring Asia-wide legacy from Doha 2030.

The full composition of the Working Group is: