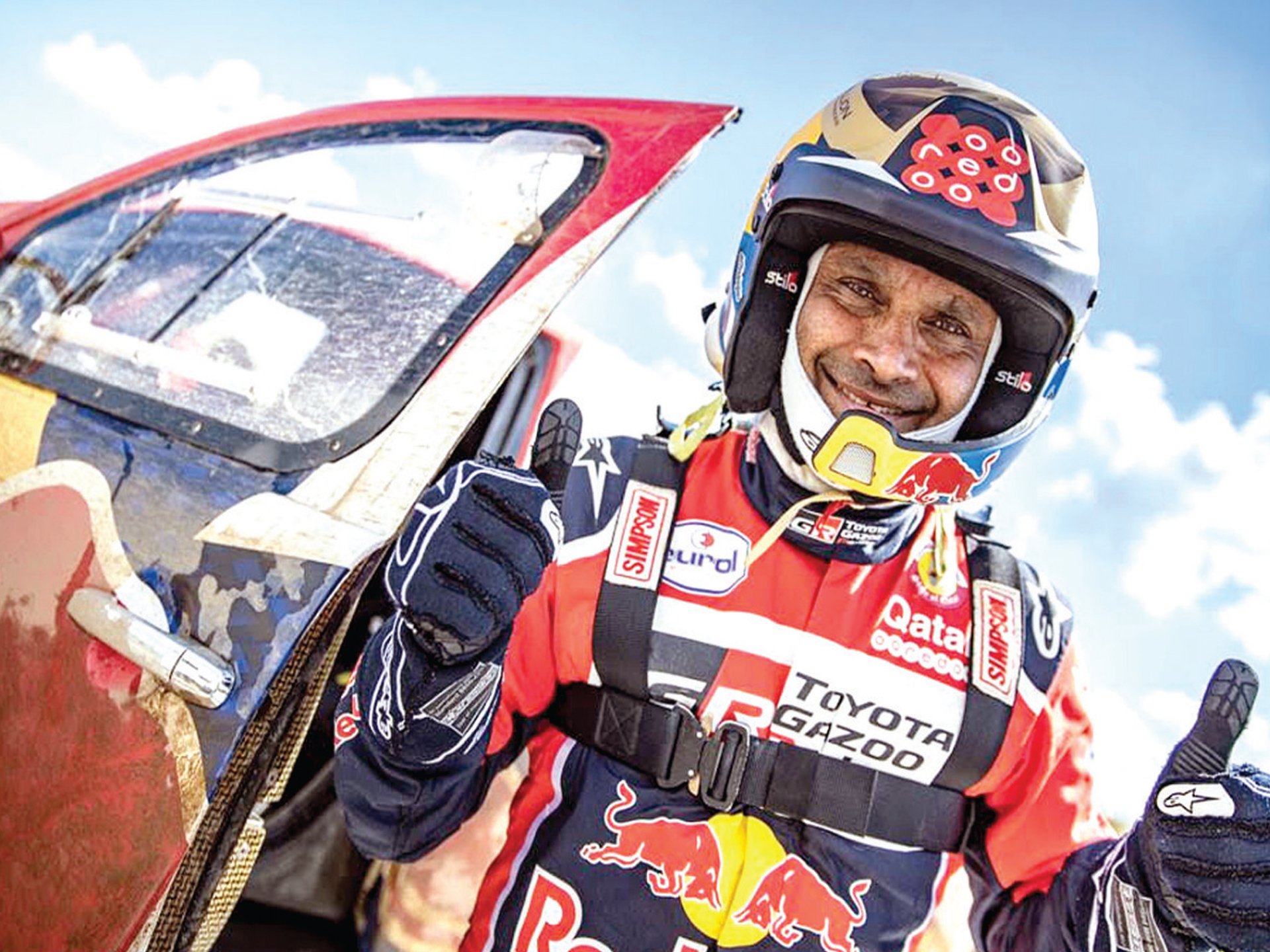 As many as 54 cars, one truck, 27 motorcycles, 25 quads and 35 additional cars will run in a National category as the first of the two Hail Bajas is flagged off Thursday and will conclude on December 12. The fifth round of the championship will run from December 14-16.

The Saudi Automobile and Motorcycle Federation (SAMF) announced the impressive entry and competitors are now arriving from as far afield as Russia, the European Union, Eastern Europe and other countries in the Middle East to tackle the two three-day events over challenging desert routes through the An Nafud desert. Two additional FIA entries will join the field for the second of the Bajas.

Russian driver Vladimir Vasilyev (Mini) and Dutchman Bernhard Ten Brinke (Toyota) will be locked in a duel to decide the outcome of the Drivers’ Championship, leaving the path clear for several of the world’s top drivers to challenge for outright victories. Ten Brinke currently holds a 1.5-point lead over his rival.

The Germany-based X-raid team has sent four cars to the event, while Toyota Gazoo and Overdrive Racing have sent six cars to Hail as a final shakedown for the Dakar Rally.

Qatar’s al-Attiyah, a former winner of the Dakar and winner in the Hail International Rally in 2008 and 2011, leads the way in a South African-built Toyota Hilux. He is supported by five Overdrive Racing Hiluxes in the hands of the Dutch duo of Ten Brinke and Erik van Loon, Poland’s Jakub Przygonski and local hero Yazeed al-Rajhi with Frenchman Ronan Chabot joining the team for the second event.

A five-time former winner of the Hail International Rally, al-Rajhi is the defending Saudi Desert Rally Championship, having secured the title with victory at the Sharqiya Baja last December.

Defending Dakar champion Carlos Sainz and French legend Stephane Peterhansel will be in their Mini John Cooper Works Buggies. They are joined in the X-raid line-up by the Russian duo of Denis Krotov and Viktor Khoroshavtsev in their respective Mini All4 Racing and Mini JCW Rally.

Saudi drivers dominate the lower reaches of the entry with 2020 Hail International Rally winner Saleh al-Abdulali, Ahmed al-Shegawi, Khaled al-Feraihi and Essa al-Dossari keen to impress against such a strong international field. There are also FIA entries for the Emirati driver Khaled al-Jafla and the Kuwaiti duo of Salem al-Dhafeeri and Mohamed al-Thefiri.

There is strength across the FIA T2, T3 and T4 categories as well, with 13 Saudi teams aiming for success in the T2 category for series production cross-country vehicles like the trusty Nissan Patrol and Isuzu D-Max, and six in T3.

Four Can-Am Maverick X3s and a Yamaha YXZ 1000 are entered in the T4 section, including Qatar’s Khalifa al-Attiyah, Nasser’s brother.