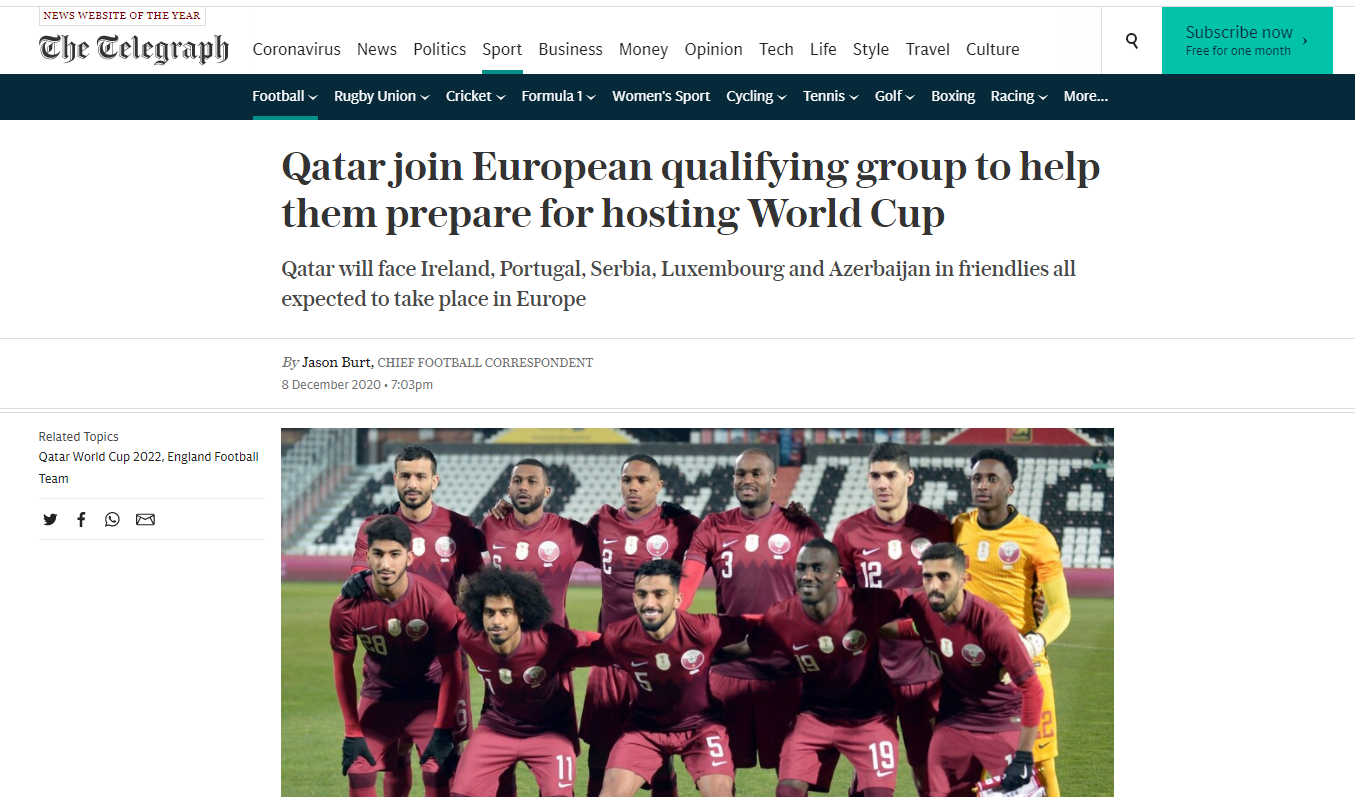 Qatar will play their home matches in Europe and as hosts have already qualified for the 2022 tournament, so their results will not count towards qualification.

UEFA has invited the Qatar national team – the reigning champions of Asia – to prepare for the FIFA World Cup 2022, the newspaper quoted UEFA as saying.

Qatar will join Group A, alongside Portugal, Serbia, Republic of Ireland, Luxembourg and Azerbaijan.”