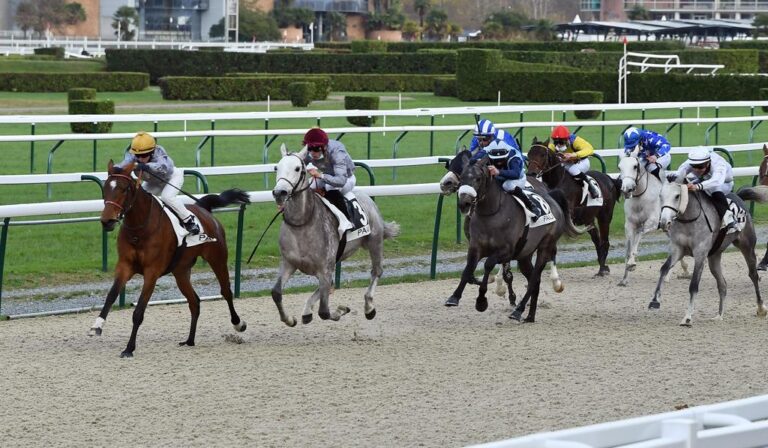 Pau/France, 9 December 2020 - Shortly after the success of ALMAFJAR, Al Shaqab Racing celebrated a second Purebred Arabian winner at Pau. CÉPHALE DE GHAZAL (FR), a three-year-old daughter of MUNJIZ, lifted the UAE National Archives Cup, a smart maiden race on the all-weather track over 2,000 metres, on her debut in a contest against horses, who had already won.

Just like ALMAFJAR, CÉPHALE DE GHAZAL is trained by Elisabeth Bernard and was ridden on her winning debut by apprentice jockey Anaëlle Mekouche. She led home a 1-2 for Al Shaqab Racing and Elisabeth Bernard, with ALARISH (TM Fred Texas) finishing runner-up three quarters of a length behind her.

Elisabeth Bernard commented, “I wasn’t expecting CÉPHALE DE GHAZAL to win against this field on her debut. I don’t often have my horses sharpened up before their debuts, so it’s a nice surprise. Her jockey told me that she has a fantastic ride and that the filly was easy to ride. She rode her exceptionally well. The weight allowance is a definite help, but it is still great to win on debut. It’s often a size of quality. I think she will be very nice next year. As for ALARISH, I’m very happy with his race and he should improve with age.”