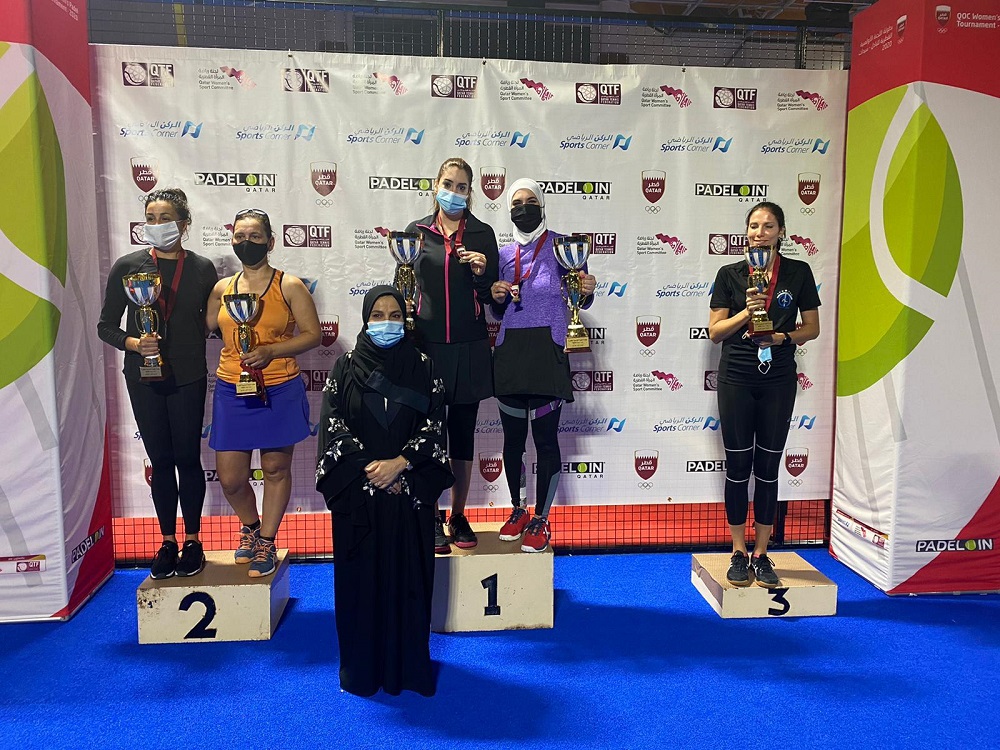 Doha, 9 December 2020 - Curtains came down on  the  Qatar Olympic Committee's  first  edition of the Women's  Padel Tournament 2020 , which was held at Al Sadd Sports Club Arena.

The event was  jointly organized by the Qatar Olympic Committee (QOC), Qatar Tennis, Squash and Badminton Federation and Qatar's Women Sports Committee  and  had brought together more than 75 participants.

In the  category  (A), the top three  winners  were,  Zeena Abo Doweih and  Sarah Mekki   who won  the first place, as the  runners-up place was claimed by Ankar and Carla, while the third place went to Jacky Kip and Noora Al Kuwari.

In the category (B),   winners were , Araya Suxurum and Tersesa who  clinched the first place, Reem Al Noaimi and Mashael Shahbik  won  the second  place and Carolina Falasco and Gabriella Lopez seized  the third place.

The game of Padel is a sport that combines the best elements of tennis and squash. A Padel court is smaller than a tennis court. It is one of the most popular sports in the world, especially in Spain.