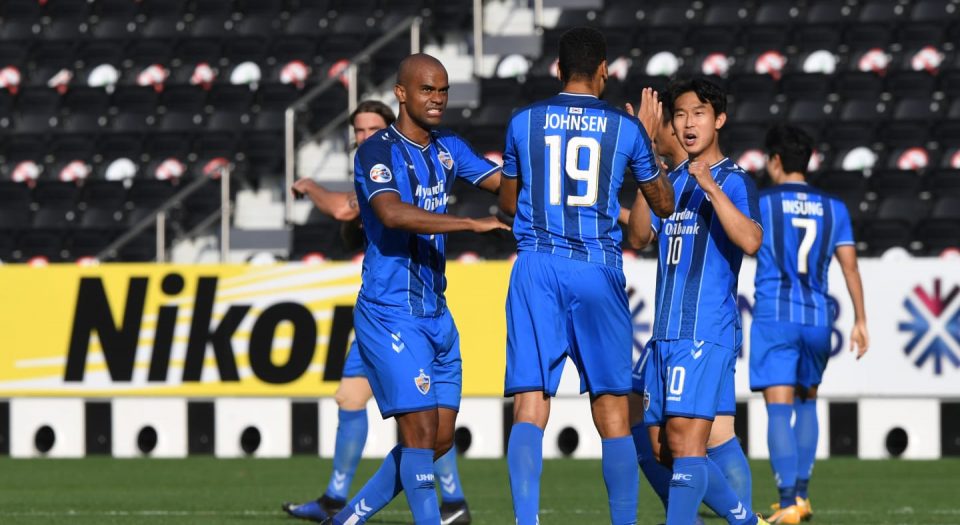 A 118th-minute penalty kick from Ulsan’s Júnior Negrão finally settled the tie, which had seen Vissel go ahead through Hotaru Yamaguchi just after half-time, only for Bjørn Johnsen to snatch a late equaliser with the help of the Video Assistant Referee.

Kim Do-hoon’s side will now face Islamic Republic of Iran’s Persepolis FC, while Vissel’s superb maiden appearance in the competition ends one step short of the finale.

Ulsan came into the clash with the better record and the lighter legs, after Vissel played more than 120 minutes against Suwon Samsung Bluewings three days earlier, and with Andres Iniesta ruled out through injury, it was the Korean side who were quicker on their feet in the early exchanges.

Lee Chung-yong volleyed just wide in the fourth minute, and Vissel breathed another sigh of relief when Jeong Dong-ho’s dangerous ball from the right somehow evaded both the foot of Júnior and the net five minutes later, setting the tone for an opening 45 minutes of missed Ulsan opportunities.

Kim In-sung was the biggest culprit after he latched onto a long pass from Kim Kee-hee in the 29th minute, only to inexplicably miss the target from 15 yards when only Vissel goalkeeper Daiya Maekawa was standing between him and his third goal of the tournament.

The first half ended scoreless, but Vissel came charging out of the blocks after the interval, pressing Ulsan high up the pitch and winning a succession of corner kicks, one of which provided the breakthrough in 52nd minute.

Desperate efforts from goalkeeper Maekawa denied Ulsan a winner, while Douglas spurned a late Vissel chance with a header which found Jo’s hands instead of the net, sending the Japanese side into extra-time for the second time in four days.

An excellent Maekawa stop denied Yoon early in the extra period, and he made an even better save to keep out Johnsen, when the towering striker had looked certain to head home from less than five yards in the 103rd minute.

Vissel had chances too. Douglas spurned the best of them in the 106h minute, intercepting a back pass to go one on one with Jo, but choosing to pass to Kyogo Furuhashi instead of taking the chance to shoot, with the Ulsan goalkeeper ultimately escaping without even having to make a save.

It would come back to haunt Vissel, and it would Júnior who had the final say.

The Brazilian pounced on the slightest of spills from Maekawa, getting in between the goalkeeper and the ball and winning a 119th-minute penalty, which he slammed low into the net to take Ulsan into the decider.

For Vissel, it was a heartbreaker, for Ulsan, the ticket to a second AFC Champions League Final in club history, and if successful next Saturday, a second Asian title.