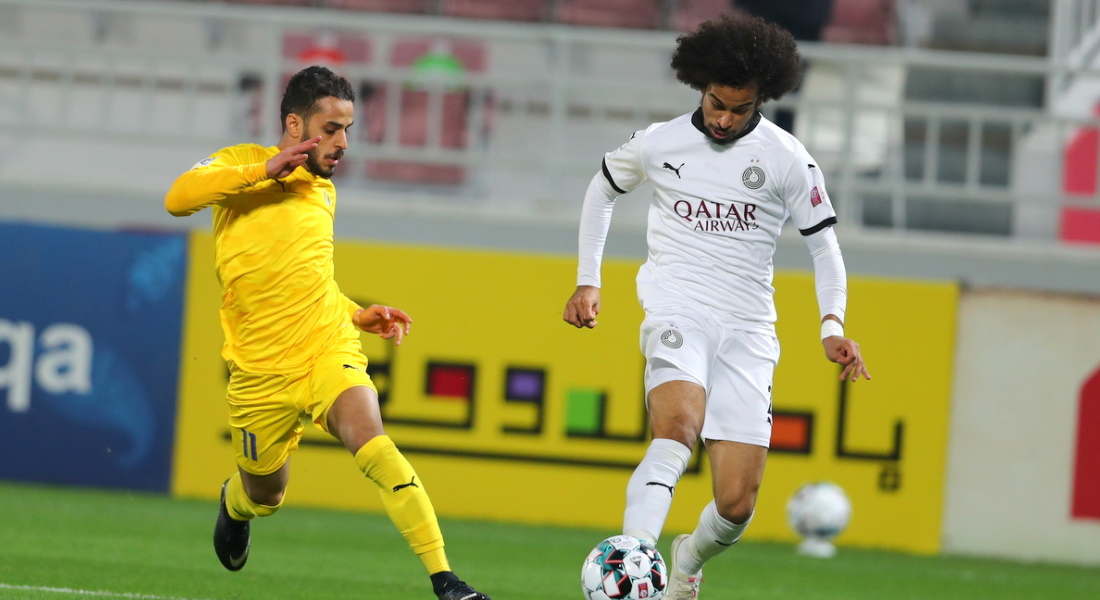 Doha, 15 December 2020 - The 2020-21 season QNB Stars League’s Week 9 was not devoid of thrills and frills, and saw plenty of action and excitement, with as many as 16 goals being scored across six matches of which only one ended in a draw.

Al Sadd widened their gap on top of the table to six points following their 4-1 victory over Al Gharafa in the week’s marquee clash. The Wolves now have 25 points withy eight victories and a draw, and are still the only unbeaten team.

Al Gharafa remained on 18 points following their third defeat and slipped to third place, as Al Ahli moved up from third spot with a 2-0 win over Al Kharaitiyat.

Al Ahli are on 19 points, six adrift of Al Sadd, while Al Kharaitiyat stood on six points and slipped from 11th to bottom position.

Holders Al Duhail improved their position one place to fifth with 15 points as they scored a 2-0 victory over Al Arabi, who moved down one spot to 11th with six points.

Al Arabi and Al Kharaitiyat are both on six points, but the former were placed above on goal difference (-10 as against Al Kharaitiyat’s -14).

Qatar SC made it big yet again by notching up their fourth victory in a row and fifth overall, this time by a 3-1 margin over Al Sailiya in another contest that evoked keen interest.

In the process, Qatar SC stormed into the top four with 15 points even as Al Sailiya stood seventh in the table with 11 points.

Both Qatar SC and Al Duhail have 15 points, but the former got better ranking on goal difference (+5 compared to Al Duhail’s +3).

Last season’s runners-up Al Rayyan went down from fourth to sixth place with 13 points following their third consecutive draw, this time playing out a thrilling 1-1 draw with Umm Salal, who stayed in ninth position with eight points.

Al Khor registered an important 1-0 win over Al Wakrah to move up from basement to 10th place with seven points. It was The Knights’ first victory in the 2020-21 QNB Stars League. Al Wakrah, however, remained in eight position with 10 points.