National Day an occasion to renew virtues of loyalty and solidarity: al-Thawadi 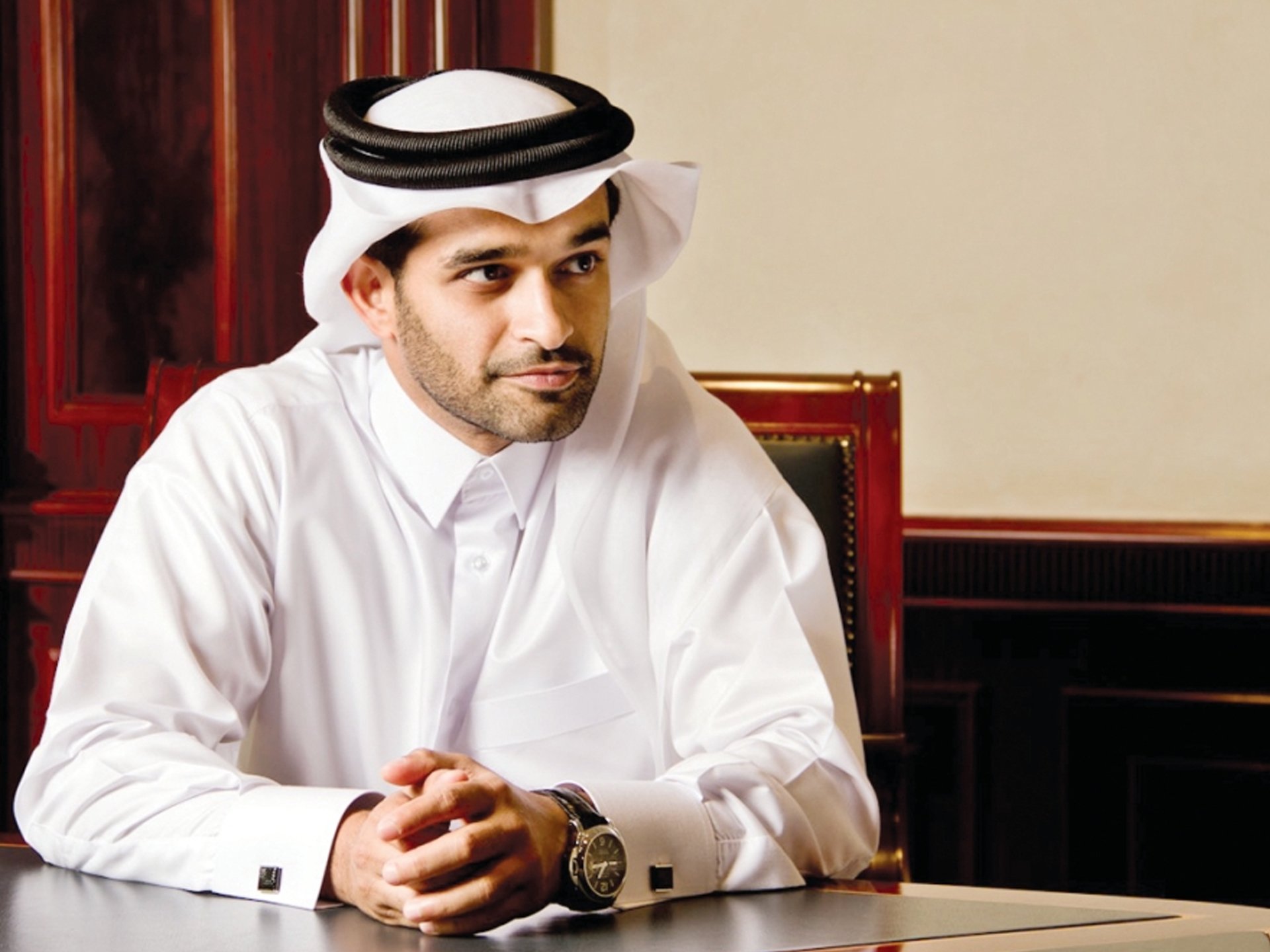 Doha, 16 December 2020 - HE Secretary-General of the Supreme Committee for Delivery & Legacy (SC) Hassan al-Thawadi said that the anniversary of Sheikh Jassim bin Mohamed bin Thani assuming the country’s reins is a dear occasion to all Qataris because it carries with it great connotations, the most prominent of which are laying the foundations for the progress of the modern State of Qatar, leading its people towards unity and laying down the principles that have become a beacon on which we have been pursuing until today, a matter which made the State of Qatar win the praise of the world.

In exclusive remarks to Qatar News Agency (QNA) on the occasion of the National Day of the State of Qatar, al-Thawadi said every year “we renew in this glorious anniversary, the Day of Glory, Loyalty and Pride, loyalty and belonging to our beloved country under the leadership of His Highness the Amir Sheikh Tamim bin Hamad al-Thani.”

Al-Thawadi said that Qatar invokes the spirit of hard work and diligence and true patriotism represented in deeds and not words. “The National Day is an opportunity for all who live in the State of Qatar, citizens and residents to express their appreciation and gratitude to the first generations who laid the foundations for our renaissance, and to motivate the current generations to continue the path towards prosperity and advancing the future generations, so that Qatar becomes a beacon that guides all those with determination and opinion,” he continued.

He highlighted the values of loyalty and solidarity among all, adding that the late founder consolidated the values that turned Qataris into one society that supports each other, especially during difficult times. “In 2020, the crisis of the novel coronavirus (Covid-19) affected the whole world. The young leadership of the State of Qatar demonstrated its ability and preparations in addressing the crisis and adapting to it by planning and coordinating response between all parties, and co-operation between all spectrums of society, until we overcome the crisis together, as we did in other crises that preceded it during the past years.”

He stressed that the preparations for the FIFA World Cup Qatar 2022 are progressing according to the specified timetables despite the Covid-19 pandemic, as the country has implemented strict health and safety protocols to protect workers from the virus, adding that more than 90% of infrastructure projects were completed more than two years before the start of the tournament.

Al-Thawadi explained that this year’s National Day coincides with the announcement that the fourth World Cup stadium is ready, two years before the start of the FIFA World Cup Qatar 2022, to celebrate on this glorious national occasion the progress made in the level of the State’s preparations and the continuous achievements in the tasks related to hosting the event, which will be held for the first time in the Arab world and the Middle East.

Last June, Qatar officially announced the readiness of the Education City Stadium, during a special digital event as a tribute to frontline healthcare workers during the Covid-19 pandemic, marking the readiness of the third FIFA World Cup venue after Al Janoub and Khalifa International Stadiums. All stadiums will be completed a year before the start of the tournament, he said.

Regarding sustainability, he said the SC in partnership with FIFA began to develop and implement the event’s Sustainability Strategy — the first of its kind in the championship’s history. The associated policy applies to all functional areas and projects involved in the preparations for and staging of the tournament, in addition to post-event activities.

Five sustainability commitments have been defined: to develop human capital and safeguard workers’ rights; to provide an inclusive tournament experience; to catalyse economic development; to deliver innovative environmental solutions; and to set an example of good governance and ethical business practices.

Regarding vocational safety, he said the SC received special recognition for its Workers Welfare programme from the Ministry of Municipality & Environment, and Al Thumama Stadium achieved a significant milestone by becoming the latest FIFA World Cup Qatar 2022 project site to reach 20 million working hours without a lost time injury. The major milestone was reached thanks to rigorous health and safety standards implemented by the SC.

He added that Qatar also witnessed a number of important announcements on the road to the start of the first match of the World Cup, including the disclosure of the schedule of the World Cup matches and the date of the opening match at Al Bayt Stadium, as well as the launch of a strategic partnership between the Qatar Football Association and the SC with the Confederation of North, Central America and Caribbean Association Football (CONCACAF), which includes providing long-term programs within football activities for development across the region, and the participation of the Qatari team in the 2021 and 2023 editions of the CONCACAF Gold Cup, the most important tournament in that region.

He noted that in terms of the tournament’s organisational readiness, FIFA and the State of Qatar announced the hosting of the FIFA Arab Cup 2021, which will be held at the end of 2021, as well as the Club World Cup in February of the same year, in addition to the successful hosting of the AFC Champions League for East and West zones, leading to the final match. All of which, he said, are in the interest of testing our operational readiness of stadiums before the start of the World Cup in a way that contributes to the continuous improvement of our plans, and confirms the confidence of FIFA and the continental federations in our organisational capabilities, especially as the State of Qatar shifts its interest from building infrastructure to strengthening planning for operational operations and the experience of fans in order to reach the highest possible degree of quality.

Al-Thawadi touched on the efforts made by the SC to confront the Covid-19 pandemic, saying the committee has taken all necessary measures to protect workers from the risk of infection with the Covid-19 in accordance with the preventive measures approved by the Ministry of Public Health (MoPH). He said that they have benefited from their widespread medical clinics in all construction sites and workers’ accommodation in implementing many measures to prevent the virus, adding work rates have slowed slightly since the beginning of the Covid-19 pandemic in our concern for the health and safety of each of our workers, but this did not affect in any way the schedule and preparations for the World Cup in general.

He said that they have reconsidered their emergency plans, and they were keen to amend them to ensure readiness and preparedness in the event of a prolonged epidemic, pointing out that Qatar’s hosting of a number of international tournaments recently contributed to refining their knowledge and practical experience of how to organise a huge sporting event in a successful and safe manner during the outbreak of epidemics.

During these tournaments, Qatar applied the concept of the health isolation department, which included rigorous tests for all staff to monitor any positive case promptly, provide field medical care for them and constantly cleanse all tournament facilities. Thanks to these tournaments, the State of Qatar was able to test the readiness of the world cup facilities and the logistical tasks related to the teams in stadiums, hotels and training sites, and we are optimistic that this epidemic will not affect Qatar’s hosting of the World Cup, which will be held within two years, he added.

He stressed that during the past years, and especially during the last year, the wise Qatari leadership under His Highness the Amir Sheikh Tamim bin Hamad al-Thani, demonstrated flexibility in dealing with various political, economic and health challenges that emerged with the spread of the epidemic at the beginning of the year. Last year proved the success of the Qatari leadership’s insight to invest in health infrastructure and solid plans to deal with crises, and the Qatari leadership with the solidity of its position and its firm adherence to its principles dispelled attempts to question the capabilities of the State of Qatar to continue the development process, at times when crises plague the economies of countries around the world.

The State of Qatar surpassed these challenges with great wisdom, he said, adding that it overcame them in record time thanks to the wise vision of Qatari leadership, which transformed challenges into achievements by finding alternative opportunities and ideal solutions, enhancing national development opportunities, relying on local capabilities to enhance opportunities for sustainable development, diversifying the Qatari economy, and achieving prosperity for citizens and residents of this good country.