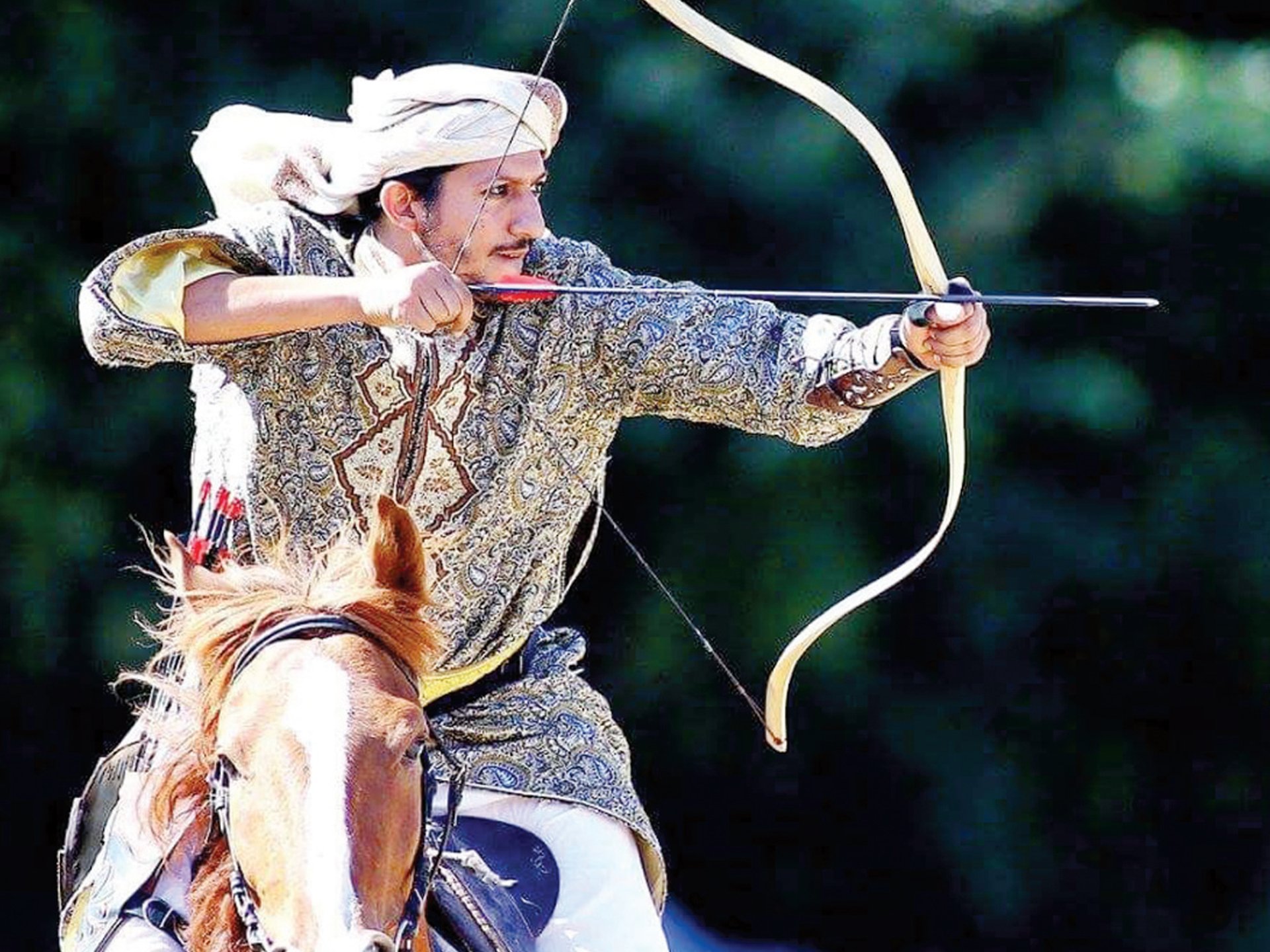 Doha, 16 December 2020 - The Qatar Equestrian Federation (QEF) will be conducting a skill test today at the QEF’s outdoor arena for riders who are seeking to qualify for the first horseback archery competition to be held on December 28.
Called the Al Nashaab Championship, the competition will be held in co-operation with Qatar’s Horseback Archery Society, it was announced by members of the Oragnising Committee Ali Yousef al-Rumaihi, Assistant General-Secretary, QEF, and Fouad al-Mudhahka of Horseback Archery Society, it was announced a fortnight ago.
For the qualification skill test, participants will have to aim at targets from a horseback in a 90m arena. Participants need to have a passport for their horses who must be vaccinated and will be required to clear a test before the event. Participants must also obtain a rider’s ID from the technical office of the QEF, organisers said.
The QEF said that junior riders must be in the 12-18 age category, while male riders intending to take part in the senior event should be 18 or above. Entrants must wear the helmet and horse riding shoes over traditional wear and the horse must be over five-years-old. A maximum of two players may participate on one horse.
Horseback archery is considered as one of the important upcoming sports activity in Qatar. The organisers aim to attract youth with such skills to take up the sport. A team from the Horseback Archery Society, represented by Fouad al-Mudhahka (Director of Foreign Medical Projects, Aspetar) and Abdulaziz al-Qahtani (Engineer at Qatar Petroleum), participated in the 15th edition of World Horse Shooting Championship in South Korea in 2019, where they achieved good results.
The team was participating for a third time in this event held at Sokcho in South Korea and had 69 competitors from 22 countries. Al-Mudhahka said that the team was proud of the results and the appreciation they received from the international federation for developing the game in the Arab region.
Qatar has been working on developing the sport in the region for the past five years and a specialised training centre has also been established, he informed. “The sport is popular not only in Qatar but in the Gulf in general. It started with me personally, and now we have Kuwait, Bahrain, Saudi Arabia and Qatar with seven horseback archery schools. This has been a 10-year long effort. The first Arab country to excel in this was Jordan.
“I focused on spreading this sport as a culture in 2011. I bought a farm in 2013 and in 2014 for training and participated in the first tournament in Malaysia where I benefited from the experience and got to know the world champions. I then began training and participating in tournaments professionally,” explained al-Mudhahka. “We are now looking to have more young amateur horseback archers who can excel with more training. The sport has a historic and Islamic connection and is linked to our heritage.”