Sainz goes fastest ahead of al-Attiyah on opening stage 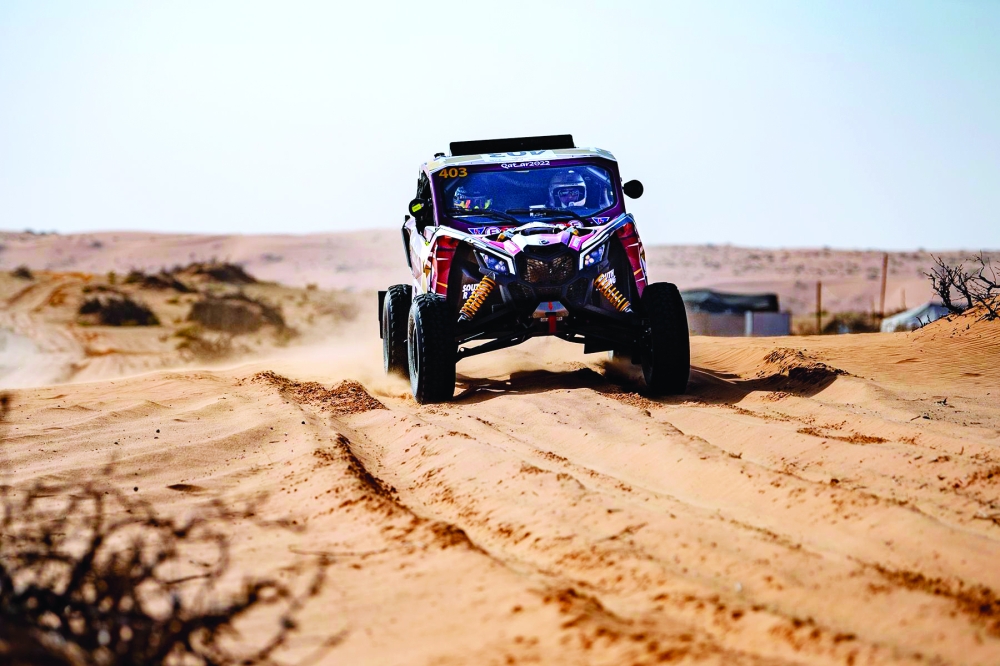 The triple Dakar winners continued the fight for supremacy that they had begun at the fourth round of the FIA World Cup for Cross-Country Bajas last weekend. The Spaniard and co-driver Lucas Cruz moved in front of their rivals after around one-third of the day’s 311.57km stage — after the Toyota Hilux driver stopped to change a puncture — and went on to win the special by 2min 20sec.

Sainz’s stage win deprived al-Attiyah and his French co-driver Matthieu Baumel of half a point, as they try and hunt down Russian Vladimir Vasilyev (Mini) and Dutchman Bernhard Ten Brinke (Toyota) to snatch the FIA Baja title. But second place was sufficient for al-Attiyah to claim one bonus point for his runner-up spot.

“Today was a good run but we had two flat tyres (one wheel off rim) and we stopped and we changed,” said al-Attiyah. “We lose more than four minutes. After that, we came to the finish and we are only 2min 20sec to Carlos. It is okay. Today we tested the new tyres for Dakar. We need to have more experience of these tyres.”

Stage winner Sainz said: “It was okay, no problems. Some sandy tracks and some small dunes and fast sections. We keep trying different things, but all is okay.”

Ten Brinke said: “We had a puncture after 40km and lost one and a half minutes. Then Nasser passed us. It was quite impressive that he passed us already after 45km. We followed Nasser until the neutralisation. He did a good job to be first car and we followed him. We are both fighting for our own titles. It is a free fight. The second part, we were together, Nasser. Vasilyev and me and we were pushing. 50km from the finish, I got a puncture again on a fast right-hander. The tyre was off the rim and we needed to change it.”

Saudi driver Saleh al-Saif completed the stage in 15th overall and claimed the bonus points for the fastest time in the FIA T3 section in his Can-Am Maverick X3.

Twenty-seven FIA cars tackled the selective section that started and finished near the town of Baqqa to the north-east of Hail. Motorcycles ran a slightly shorter course of around 275km and 145km were on the agenda for 41 vehicles in the National Rally.

Fifteen motorcycles and 12 quads were permitted to start the opening leg of Hail Baja 2. Kuwait’s Mohamed al-Jaffar joined forces with Konrad Dabrowski in the Duust Rally Team and was running second quickest behind Frenchman Adrien Van Beveren through 106 kilometres.

Riyadh Saud al-Shammeri and Abdulmajeed al-Khulaifi renewed their rivalry in the quad category and the former followed up his Hail Baja 1 win by edging into a 2min 01sec lead on his Yamaha. Faisal al-Shammeri was third.