Doha 2030 to inspire next generation 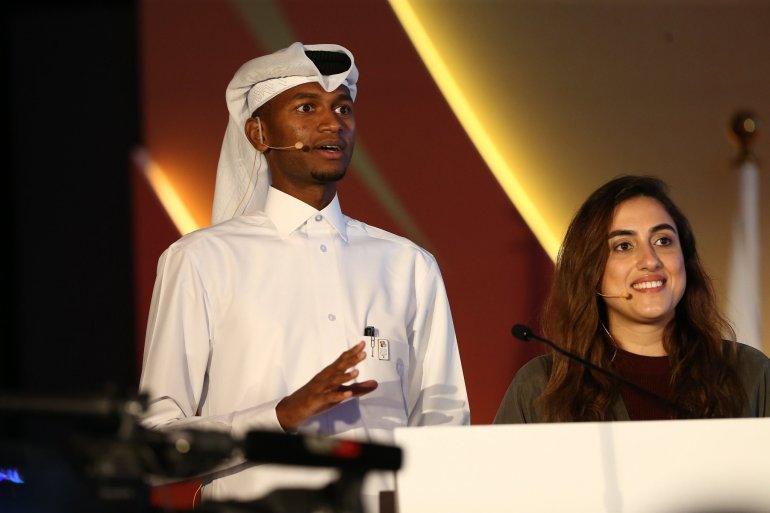 Muscat, 17 December 2020 - Mutaz Essa Barshim served as a 15-year-old volunteer when Doha hosted its first Asian Games in 2006. It was that experience which inspired the current high jump superstar in winning two Olympic medals, as many World Championship titles and two Asian Games gold medals.

“Being a volunteer at the Asian Games 2006 was amazing. I remember telling my parents that one day I will compete in the Asia Games. This dream propelled me to win the medals in Olympics, World Championships and the Asian Games,” Barshim said yesterday at Olympic Council of Asia (OCA) 39th General Assembly that elected Doha as host for the 2030 Asian Games in Muscat yesterday.

In 2006, Doha staged the then ‘best and biggest Asian Games', that saw participation of over 10,000 athletes, officials and media officials for the two-week gathering.

Like Barshim, many other athletes were inspired with the hosting of the event and it will be no different when the Asian Games will return to Doha in 2030.

“I had the honour of competing in Doha 2006 and the atmosphere of celebration and unity I experienced during the Games still lives with me. It was not my most successful Asian Games, but it was one that provides some of my fondest memories. Since then I have seen how Doha has made significant investment into sport and hosted hundreds of sports events, training camps and more. With all this experience and expertise I have no doubt that Doha will host an even better Asian Games in 2030 to the one I experienced in 2006. But one thing that will be the same will be that all of Asia is made to feel valued and welcomed.”

The Doha 2030 has already announced a Youth Working Group comprising upcoming athletes, who will work for the success of the Doha 2030. The group includes Qatar’s gold medallists in athletics from the Buenos Aires 2018 YOG, Owab Barro (110m hurdles) and Abdulaziz Mohammed (200m) as well as the Young Ambassador from Buenos Aires 2018 YOG Nada Arkaji, and the Nanjing 2014 YOG, Hannah Albadr.

Former Junior Weightlifting World Champion and Rio 2016 Olympian, Fares Ibrahim, is also among the members.  The presence of the bright stars in the organising team will play a key role in ensuring that Doha 2030 truly represents Asia’s young people, and will inspire the next generation.

“We will work with the Youth Working Group to further develop our plans for the Doha 2030 Youth Camp. The Youth Camp will be an important legacy project of Doha 2030 and will contribute to ensuring the Games promotes unity and inclusivity across Asia,” said Doha 2030 CEO Jassim Rashid Al Buenain.