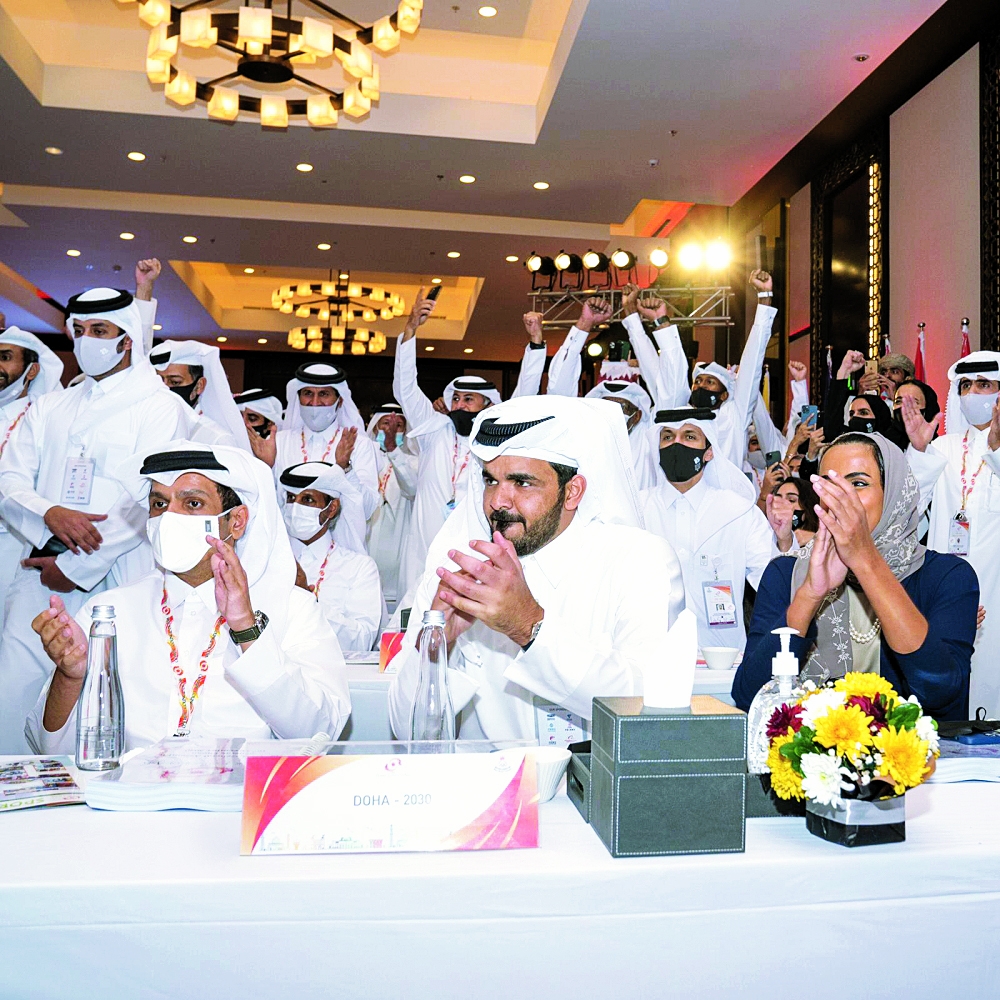 Doha is now known as the world’s fastest growing sports destination after years of careful planning by the Qatari leadership to host top draw events. Be it a regional, continental or a global competition, the Gulf state organises events like never before, setting new benchmarks with its innovative preparations. In 2030, the Qatari capital - which has state-of-the-art venues and vast experience of hosting major competitions - will be in a position to organise the Asian Games in an unprecedented way.

The Asian Games 2030 will be a blockbuster, and knowing that the Olympic Council of Asia (OCA) family trusted Qatar’s bid and voted for Doha 2030 over Riyadh 2030 at the 39th General Assembly held at the JW Marriott Hotel in Muscat, yesterday. Qatar’s love of sports comes from the top and has the full support of the Amir H H Sheikh Tamim bin Hamad Al Thani. Sports is among the national priorities here.

“I don’t think there is any question in this room as to the level of dedication and support the Qatari government gives to sport. Sport is in our DNA and it is truly part of our national identity,” said Minister of Foreign Affairs, H E Sheikh Mohammed bin Abdulrahman Al Thani, while addressing to the General Assembly in Muscat yesterday.

Doha 2030 Chairman Sheikh Joaan said: “Our entire country has been working so hard for the past twenty years, building a truly world-class sporting infrastructure and, along with it, our people’s exceptional expertise - Yes for 2030 but also for what lies beyond.”

Preparations to begin under 21 Project Legacy

Doha 2030 CEO Jassim bin Rashid Al Buenain vowed top facilities for all particularly the athletes. He said ‘the spectacular Athletes Village will have 2,000 units and a capacity for 15,000 people - with the potential to accommodate up to 18,000.’

The Doha 2030 will begin preparations for to host their second Asian Games – after the memorable hosting of the 2006 Games – under the programme called 21 Project Legacy. It was announced by Al Buenain last month following OCA Evaluation Committee’s visit to Doha.

Andrey Kryukov, who headed OCA Evaluation Committee’s trips to Riyadh and Doha, said yesterday: “It is clear that Doha is at a higher level of readiness and certainly has the necessary experience to host the Games at any time.”

Kryukov’s team visited a number of venues during their three-day visit to Doha including the FIFA World Cup Qatar 2022’s venues besides experiencing a ride on the city’s Metro network, and were ‘highly impressed’.

This fusion of cultures and the old and new is a hallmark of Doha. From fine-dining to family-style, Doha’s thousands of restaurants and cafes serve local and international cuisines that will cater for the tastes of the whole OCA family.