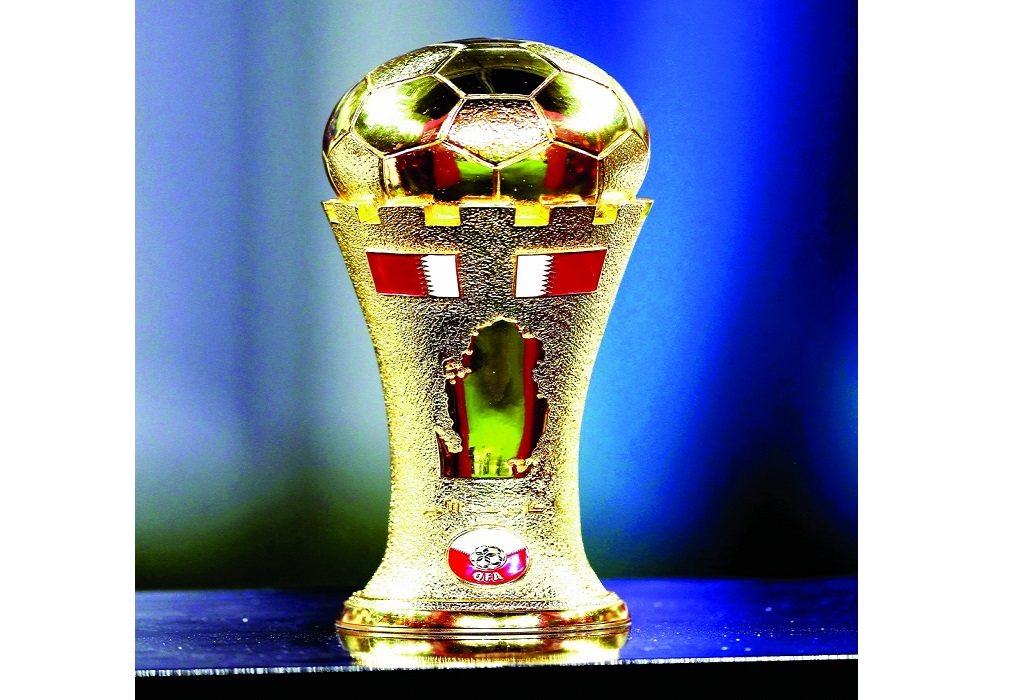 Doha, 18 December 2020 - Al Arabi will hope to spring a surprise and put an end to their 27-year-old agony, when they take on overwhelming favourites Al Sadd in the prestigious Amir Cup final today. With the magnificent Al Rayyan Venue, which will be inaugurated by His Highness the Amir Sheikh Tamim bin Hamad al-Thani, as the backdrop for the title clash, there will be no shortage of motivation for both the teams.

But going by their recent form and Al Sadd’s dominance of them, Al Arabi players need to put in a performance of their lives today to lay their hands on the trophy. A quick look at their recent results doesn’t inspire much though.

While Al Sadd are swatting their opponents at will and are leading the league table, Al Arabi are languishing one rung above the bottom. They are a massive 19 points behind unbeaten Al Sadd, with just one victory to show in the nine matches. In their recent meetings with Al Sadd, they lost 0-4 in the Ooredoo Cup final in October, while also being routed 1-4 in the league last month.

Al Arabi coach Heimir Hallgrimsson called on his players to go into ‘a game of emotions’ with ‘a belief of winning’ but claimed the preparations have been normal. “We know that the match is of very great importance more than any other match. It is a game of emotions. We have tried to make our preparations normal for this final and not to put the players under pressure. The experience will be different for us to play a final match as the players are not used to it,” the Icelander said.

“We must go to the final with a belief of winning. The issue is not just football related, but it’s also psychological and mental aspects. I think that we must play to win. We believe in our ability to win and we have a plan for it and, hopefully it will succeed,” he added.

Al Arabi have been hard done by injuries to key players in recent times, but ahead of the final Hallgrimsson was pleased that everyone was fit barring Khalifa al-Maliki, with forwards Mehdi Torabi and Mehrdad Mohammadi the key to his plans. “For the first time this season, we have nearly all players available for the match except for the injured Khalifa al-Maliki. This gives us a chance to give our best performance and this is what makes us optimistic more than ever. In the matches we played against Al Sadd, they had more possession and high winning percentage. In any case there are always opportunities in football. You cannot predict who will win,” Hallgrimsson said.

“Al Arabi’s history is great, but we did not reach the final for many years. We will not look at the past, the past is over. I am happy to reach the final but the job is not over and we have to give our best in it. The match is important and we are proud of being among the first teams to play at Al Rayyan Stadium. But, when the referee blows the start whistle, the stadium will be like any other, and we have to present our best in order to win,” he added.

Meanwhile, Al Sadd will be bidding for a record 17th Amir Cup title. The Wolves beat Al Duhail in the semi-finals, gaining sweet revenge over their arch-rivals after having lost to them in last year’s final at the Al Janoub Stadium.

That match was Xavi Hernandez’s final game in an Al Sadd jersey in Qatar before he took over the mantle of head coach. The Spanish midfield great will be keen to forget that loss and he certainly has the players at his disposal to help him do so. While the defence at times could be leaky for Al Sadd, they do have strong forward line in Akram Afif and Baghdad Bounedjah, with the Spaniard Santi Cazorla excelling the playmaker role.

Despite the heavy favourites tag on his side though, Xavi said he was wary of an Al Arabi side, who could be motivated playing on a special occasion. “We are in great form and I expect my team to perform well. Everyone thinks that we are the favourites but this is not true. It’ll be a difficult game, a complicated game tomorrow. A final can be very different, filled with tension,” he said.

“It’s a historic game for them (Al Arabi), and also for us. For many years, they have not won a title and they will have that extra motivation to do well in the final. So if anyone thinks that Al Sadd will win the title easily, they don’t understand football. They’ll be ready to find and put all hurdles in our path,” Xavi added.

The former midfielder felt the huge difference of class in the league standings will have little bearing on today’s match. “We are proud to be here and compete, and we will see if we are able to continue to play like that. We are excited to win for the sake of the fans.  It will be a different match to the league. “The positions in the league will not mean anything tomorrow. Tomorrow, it’ll be like a war. The extra motivation can help the players. Everyone might think we’re favourites but we’ve to show it on the pitch. I am happy that we’re in a good moment, playing very good football but we’ve to show that level tomorrow,” Xavi said.

With so many quality players in the squad, Xavi said it will be hard to pick a playing eleven. “You can only choose eleven players and it’s really difficult to pick the team as everybody is training well and playing well. I will feel bad for the players who miss out tomorrow because everyone deserves to play this match,” he said.

On playing at the Al Rayyan Venue, which will host seven matches during Qatar 2022 World Cup up to the round of 16 stage, Xavi said: “Qatar is doing a good job in order to host the 2022 World Cup. It’s an amazing stadium and we’re looking forward to playing here. The presence of fans shows that Qatar has done well to control the Covid situation. It’s an additional motivation for us to play in front of the fans.”