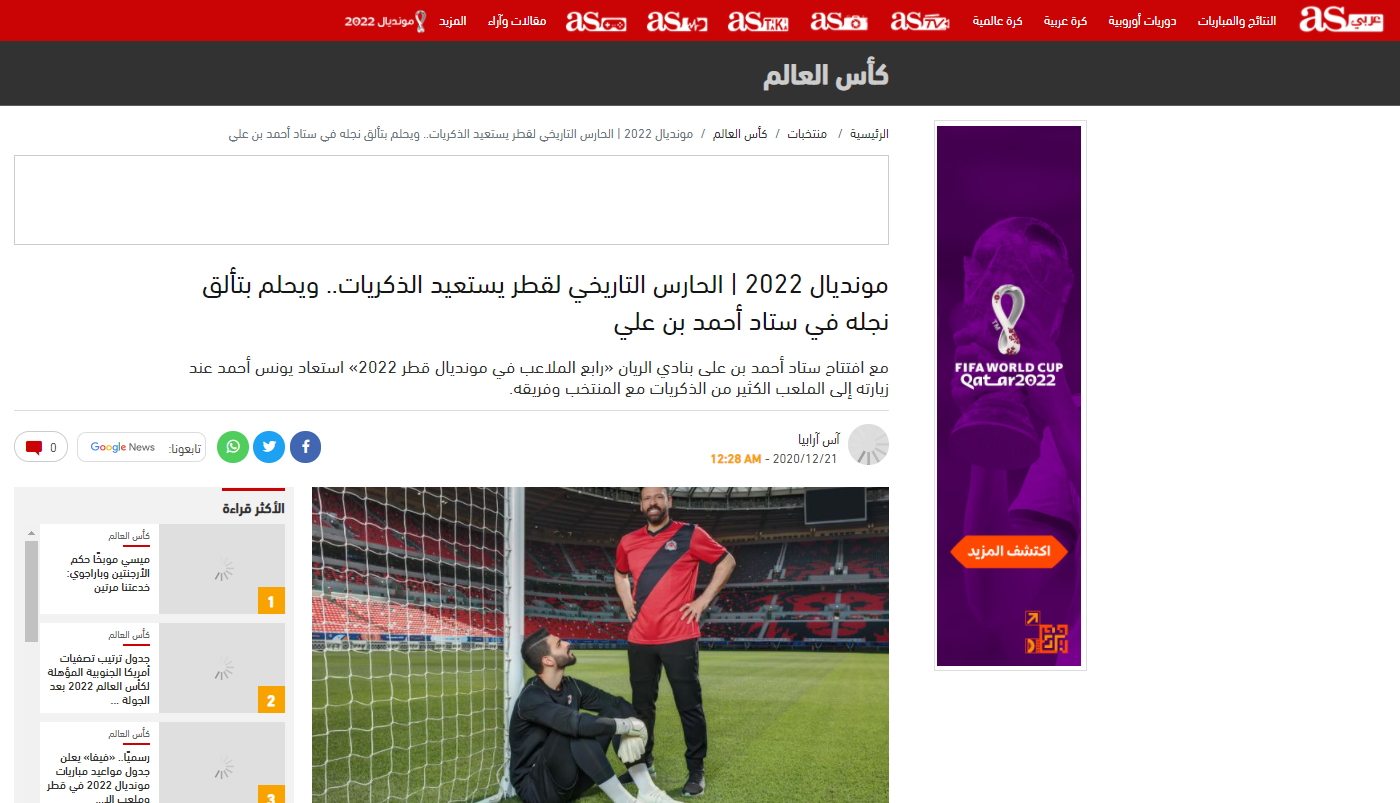 Spanish daily sports newspaper, "Diario AS" :"When Younes Ahmed made his debut for Al Rayyan Sports Club in 1978, football in Qatar was a rapidly growing sport. Just a year earlier, the Qatar national team played its first FIFA World Cup qualifier against neighbouring Bahrain.
More than four decades later, Younes stands on the turf at Ahmad Bin Ali Stadium, one of eight stadiums that two years from now will host matches during the first FIFA World Cup in the Middle East and Arab world.
For Younes, the moment is made even more momentous by the fact he is joined by his son, Fahed Younes Ahmed, the current Al Rayyan goalkeeper. Father and son are proud that the 40,000-capacity venue will soon become the new home of Al Rayyan – and while Fahed is looking forward to playing in the new venue, he also has another dream – to represent his country and follow in the footsteps of his father, who played as Qatar’s first choice goalkeeper for 17 years.
“When the World Cup gets underway in 2022, my dream is to be part of the starting 11 representing Qatar,” says Fahad, who joined Al Rayyan after graduating from the world-renowned Aspire Academy.
“I know that the level at which my father played is difficult for any goalkeeper to reach. It requires a lot of sacrifice and a sharp mindset. You need to remain focused in the face of tremendous challenges. I doubt that I will be able to surpass him, but I aspire to reach his level one day,” he added.