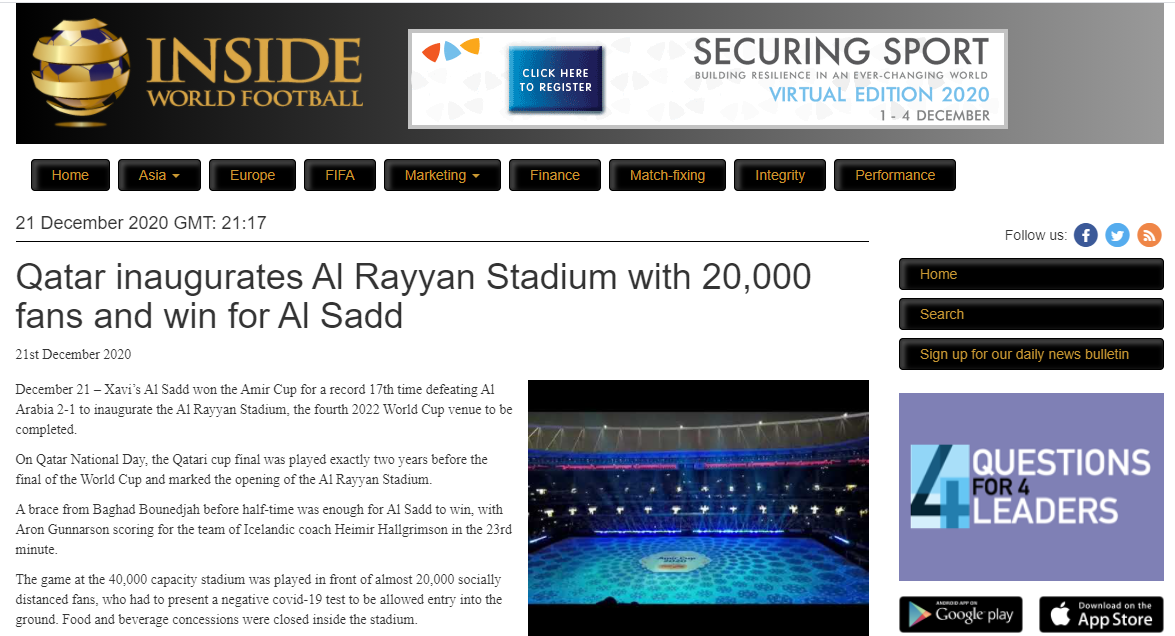 On Qatar National Day, the Qatari cup final was played exactly two years before the final of the World Cup and marked the opening of the Al Rayyan Stadium.